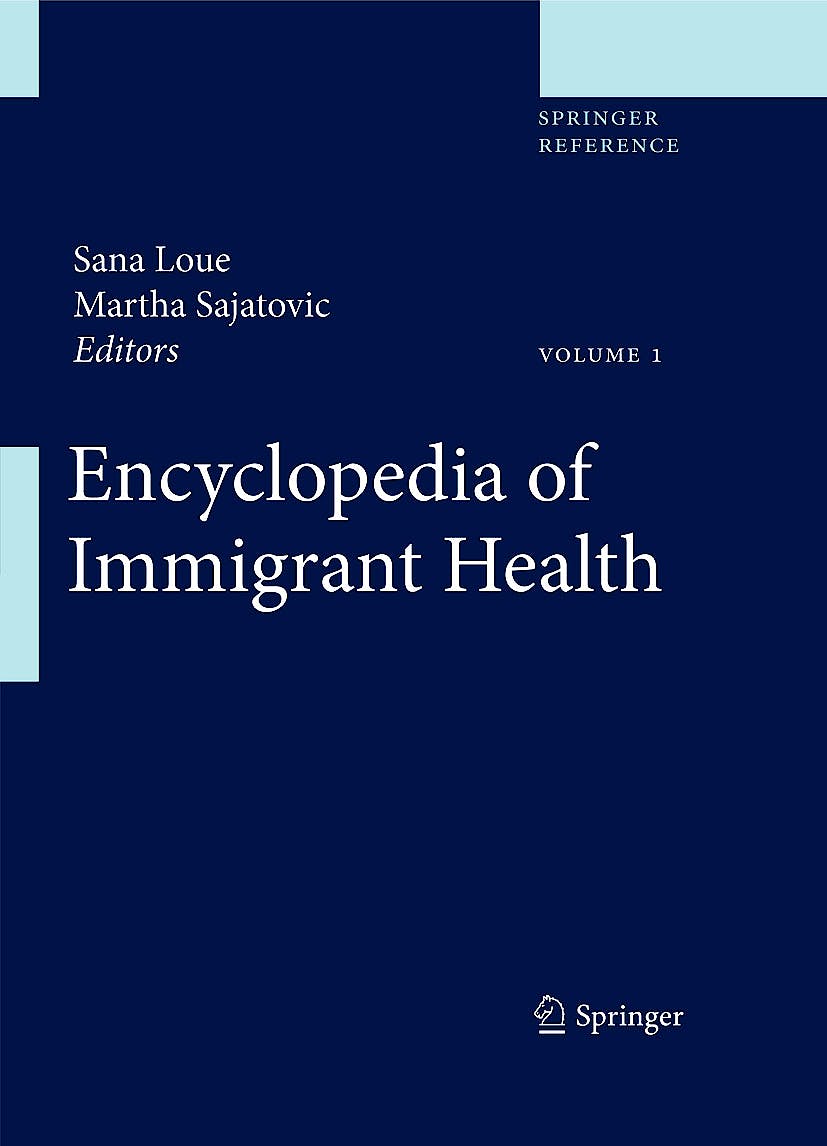 Health Contributions from leading researchers and scholars from around the world Hyperlinks to key words in Journal of Immigrant and Minority Health There is increasing interest in the scientific literature on immigrant health and its impact on disease transmission, disease prevention, health promotion, well-being on an individual and population level, health policy, and the cost of managing all these issues on an individual, institutional, national, and global level. The need for accurate and up-to-date information is particularly acute due to the increasing numbers of immigrants and refugees worldwide as the result of natural disasters, political turmoil, the growing numbers of immigrants to magnet countries, and the increasing costs of associated health care that are being felt by governments around the world.

The first portion of the Encyclopedia will contain chapters that are approximately 25 to 40 manuscript pages in length. Each overview chapter will include a list of references and suggested readings for cross referencing within the Encyclopedia.

The second portion of the book will consist of alphabetical entries that relate to the health of immigrants. To date, we have identified about 400 entries and expect that the number will increase as we work on the text.

Entries will be interdisciplinary and will be drawn from the following fields of study: anthropology, demographics, history, law, linguistics, medicine, population studies, psychology, religion, and sociology. Each entry will be followed by a listing of suggested readings and suggested resources, and will also link to related terms within the whole.

My co-editor and I are corresponding with the field editors to determine the length of each entry. Some only require a small amount of space. But other entries will be quite extensive. There will be small, medium and long entries.

We anticipate that the final manuscript will consist of at least 2,000 typed pages. According to Michaela Bilic and Bill Tucker, we should count on the work being printed PTO and estimate it at 3 volumes, but we are open to it being longer and accept that more terms may be added during the development phase of the project.

The book will be edited by Sana Loue, J.D., Ph.D., M.P.H. and Martha Sajatovic, M.D. CVs are attached for each of the editors. Each of the individuals is well-known for their work in domains that are key to this work. Dr. Sajatovic is a psychiatrist who specializes in the diagnosis and treatment of bipolar disorder across the lifespan. She is particularly recognized for her work in geriatric psychiatry. Dr. Loue is known internationally for her work in cross-cultural issues, including research ethics and epidemiology.

We anticipate adding 1-3 additional core editors. At least one will have medical expertise. The other 1-2 core editors will be located internationally to help develop the global nature of the topic AND to take advantage of Springer’s global presence.