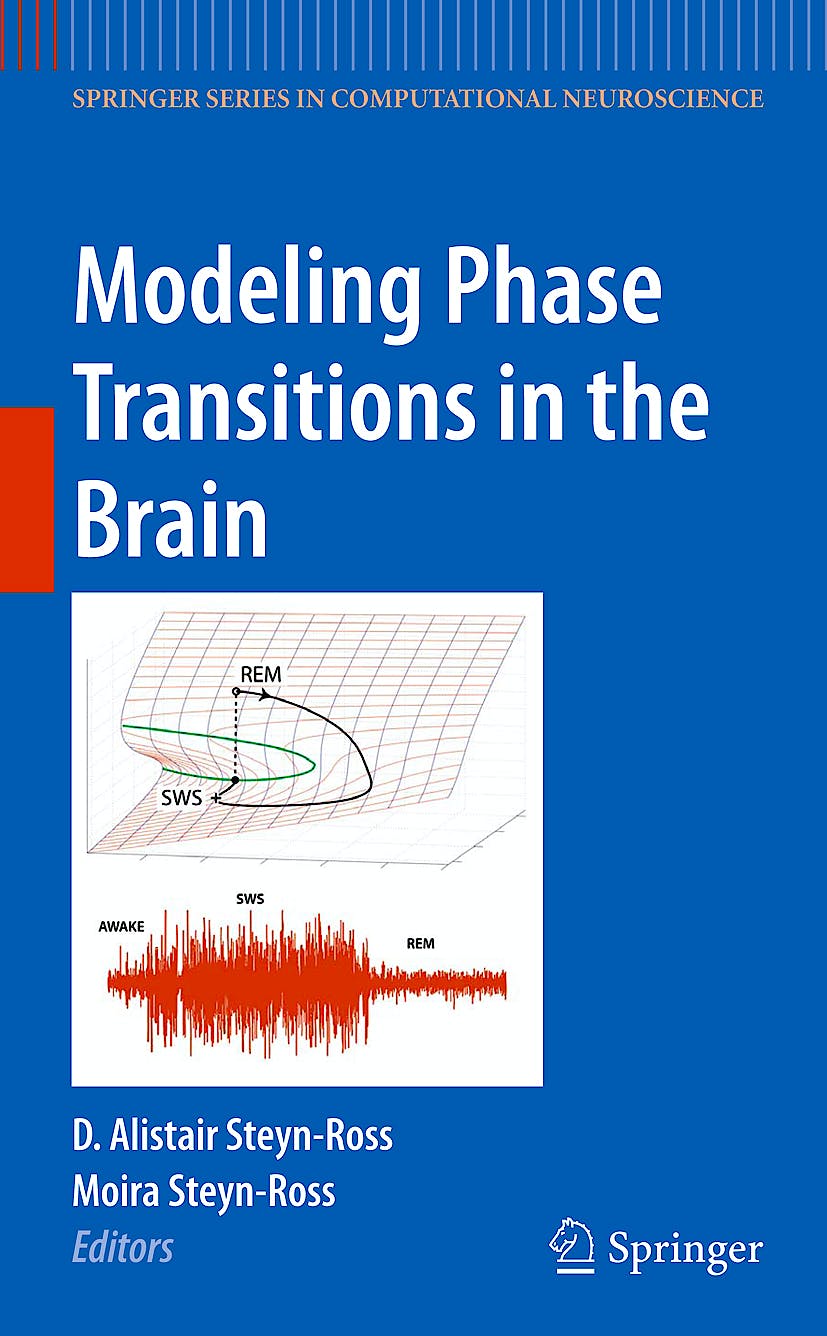 Modeling Phase Transitions in the Brain

neurología
About this book

The induction of unconsciousness using anesthetic drugs demonstrates that the cerebral cortex can operate in two very different modes: alert and responsive versus unaware and quiescent. But the states of wakefulness and sleep are not single-neuron properties---they emerge as bulk properties of cooperating populations of neurons, with the switchover between states being similar to the physical change of phase observed when water freezes or ice melts. Some brain-state transitions, such as sleep cycling, anesthetic induction, epileptic seizure, are obvious and detected readily with a few EEG electrodes; others, such as the emergence of gamma rhythms during cognition, or the ultra-slow BOLD rhythms of relaxed free-association, are much more subtle. The unifying theme of this book is the notion that all of these bulk changes in brain behavior can be treated as phase transitions between distinct brain states.

About the editors: Alistair Steyn-Ross and Moira Steyn-Ross are computational and theoretical physicists in the Department of Engineering, University of Waikato, New Zealand. They share a long-standing interest in the application of physics-based methods to gain insight into the emergent behavior of complex biological systems such as single neurons and interacting neural populations.

Foreword.--Preface.--Introduction and overview.--Phase transitions in single neurons and neural populations: critical slowing, anesthesia, and sleep cycles.--Generalized state-space models for modeling nonstationary EEG time-series.--Spatiotemporal instabilities in neural fields and the effects of additive noise.--Spontaneous brain dynamics emerges at the edge of instability.--Limited spreading: how hierarchical networks prevent the transition to the epileptic state.--Bifurcations and state changes in the human alpha rhythm: theory and experiment.--Modeling phase transitions in mesoscopic brain dynamics.--Phase transitions in physiologically-based multiscale mean-field brain models.--A continuum model for the dynamics of the phase transition from slow-wave sleep to REM sleep.--What can a mean-field model tell us about the dynamics of the cortex?--Phase transitions, cortical gamma, and the selection and read-out of information stored in synapses.--Cortical patterns and gamma genesis are modulated by reversal potentials and gap-junction diffusion.