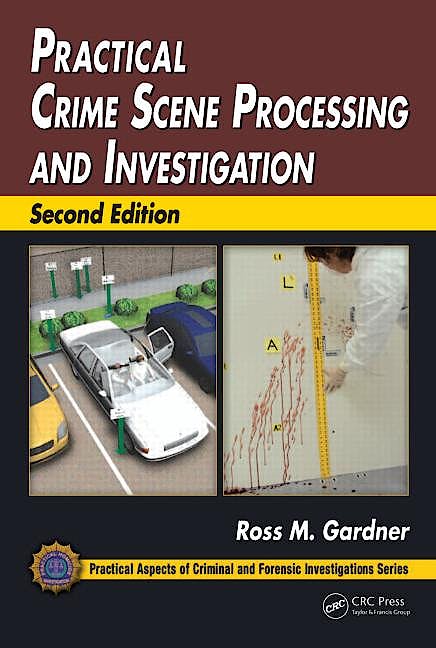 All too often, the weakest link in the chain of criminal justice is the crime scene investigation. Improper collection of evidence blocks the finding of truth. Now in its second edition, Practical Crime Scene Processing and Investigation presents practical, proven methods to be used at any crime scene to ensure that evidence is admissible and persuasive.

Accompanied by more than 300 color photographs, topics discussed include:

Two appendices provide additional information on crime scene equipment and risk management, and each chapter is enhanced by a succinct summary, suggested readings, and a series of questions to test assimilation of the material. Using this book in your investigations will help you find out what happened and who is responsible.

"I am convinced it is essential that all officers and investigative personnel have a solid understanding of professionally accepted crime scene protocols in order that their agency can take full advantage of today's sophisticated laboratory techniques and technologies. This book can play a significant role in helping responsible, concerned individuals realize that objective."
—Eugene R. Cromartie, Deputy Executive Director/Chief of Staff, International Association of Chiefs of Police Major General (Ret.), United States Army Criminal Investigation Command

Ross Martin Gardner worked in law enforcement for nearly 29 years. The vast majority of that period was spent with the U.S. Army Criminal Investigation Command, performing duties as a special agent and command sergeant major. In 1999, SA Gardner retired from the military to take a position as a chief of police in a small suburban Atlanta police department. He served in that position until 2003, when he quit public service to become a full-time consultant and instructor. Ross is currently the vice president of Bevel, Gardner and Associates, a forensic education and consulting group.