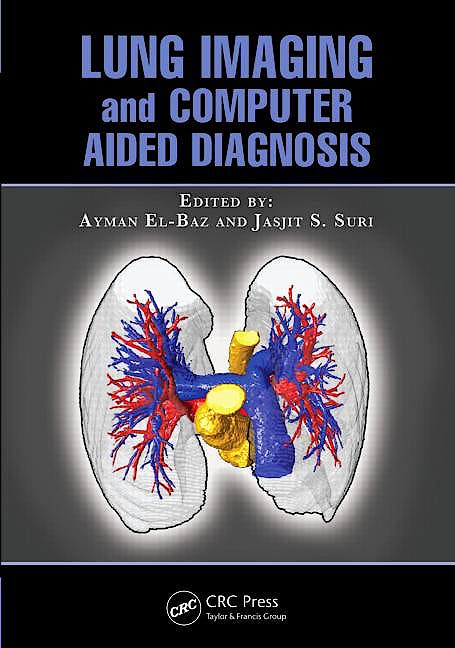 Lung cancer remains the leading cause of cancer-related deaths worldwide. Early diagnosis can improve the effectiveness of treatment and increase a patient’s chances of survival. Thus, there is an urgent need for new technology to diagnose small, malignant lung nodules early as well as large nodules located away from large diameter airways because the current technology—namely, needle biopsy and bronchoscopy—fail to diagnose those cases. However, the analysis of small, indeterminate lung masses is fraught with many technical difficulties. Often patients must be followed for years with serial CT scans in order to establish a diagnosis, but inter-scan variability, slice selection artifacts, differences in degree of inspiration, and scan angles can make comparing serial scans unreliable.

Lung Imaging and Computer Aided Diagnosis brings together researchers in pulmonary image analysis to present state-of-the-art image processing techniques for detecting and diagnosing lung cancer at an early stage. The book addresses variables and discrepancies in scans and proposes ways of evaluating small lung masses more consistently to allow for more accurate measurement of growth rates and analysis of shape and appearance of the detected lung nodules.

Dealing with all aspects of image analysis of the data, this book examines:

Contributors also explore the effective use of these methodologies for diagnosis and therapy in clinical applications. Arguably the first book of its kind to address and evaluate image-based diagnostic approaches for the early diagnosis of lung cancer, Lung Imaging and Computer Aided Diagnosis constitutes a valuable resource for biomedical engineers, researchers, and clinicians in lung disease imaging.

Jasjit S. Suri is an innovator, a scientist, a visionary, an industrialist, and an internationally known world leader in biomedical engineering. Dr. Suri has spent over 20 years in the field of biomedical engineering/devices and its management. He received his doctorate from the University of Washington, Seattle, and a business management sciences degree from Weatherhead, Case Western Reserve University, Cleveland, Ohio. Dr. Suri was awarded the President’s Gold Medal in 1980 and the Fellow of American Institute of Medical and Biological Engineering for his outstanding contributions.