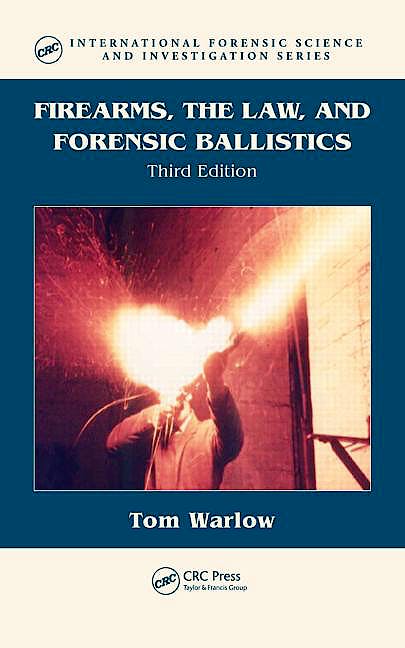 Firearms, the Law, and Forensic Ballistics

While gun design has undergone only minimal change over the centuries, investigative tools surrounding firearm use have grown significantly in sophistication. Now in its third edition, Firearms, the Law, and Forensic Ballistics has been updated to reflect recently published research and new technology developed since the last volume. Beginning with a discussion of the development of arms and ammunition from the fourteenth century to the present day, this book examines:

Written by an expert with more than 50 years of experience using and handling firearms, this text is enhanced with nearly 250 illustrations, making it a premier guide to the fundamentals of firearms and related evidentiary considerations.

'I … was amazed at the encyclopedic knowledge [Tom Warlow] has acquired over a lifetime of work as a forensic scientist. … This book is … an enjoyable read. … Forensic science trainees and death scene investigators will find this text fascinating, and I would certainly recommend that they read this book.'
- www.forensicmed.co.uk

'…the book is more suitable for the novice based in the UK. …the author offers some good advice to the novice, and as well for the advanced reader… .The author's extensive knowledge of the subject matter is clearly demonstrated…'
-Canadian Society of Forensic Science Journal

'This book has clearly been written by a very experienced firearm examiner and it deals with all areas of work that an examiner might encounter… There is a vast amount of information packed into this book and there is something of value for anyone connected with the investigation of crimes involving firearms. The book will be of particular value as an aid to those training in the forensic examination of firearms.'
- in Science and Justice

Tom Warlow has more than 50 years of experience using and handling firearms and was for nine years a member of the statutory Firearms Consultative Committee, which advisedthe U.K. Government on firearms and firearms legislation as well as providing an annual report to Parliament. He was a casework reporting officer for more than 25 years in the national Firearms Unit in the U.K., a division with oversight of 50 million persons in England and Wales and covering 43 police force areas. Mr. Warlow has a keen interest in gun sports.