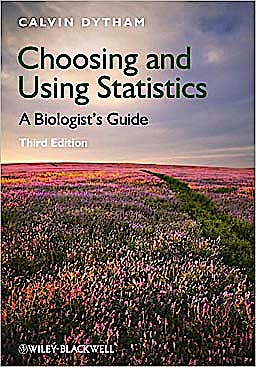 Choosing and Using Statistics remains an invaluable guide for students using a computer package to analyse data from research projects and practical class work. The text takes a pragmatic approach to statistics with a strong focus on what is actually needed. There are chapters giving useful advice on the basics of statistics and guidance on the presentation of data. The book is built around a key to selecting the correct statistical test and then gives clear guidance on how to carry out the test and interpret the output from four commonly used computer packages: SPSS, Minitab, Excel, and (new to this edition) the free program, R. Only the basics of formal statistics are described and the emphasis is on jargon-free English but any unfamiliar words can be looked up in the extensive glossary. This new 3rd edition of Choosing and Using Statistics is a must for all students who use a computer package to apply statistics in practical and project work.

Features new to this edition:

7 The tests 1: tests to look at differences.

8 The tests 2: tests to look at relationships.

9 The tests 3: tests for data exploration.

Glossary.
Assumptions of the tests.
Hints and tips.
A table of statistical tests.
Index.

Calvin Dytham has a wide range of research interests in ecology and evolutionary biology and is especially interested in the impacts of dispersal and the arrangement of individuals in space on ecological and evolutionary processes. He is a Reader in the Department of Biology at the University of York, UK, and has been teaching statistics to undergraduate and postgraduate students since 1994.