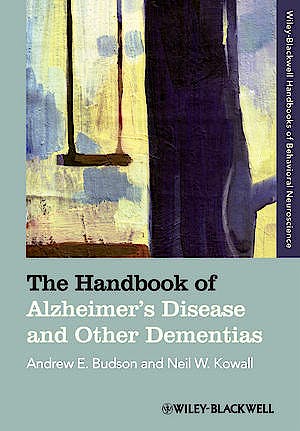 The Handbook of Alzheimer's Disease and Other Dementias (Hardcover)

The reference is a broad-ranging review of Alzheimer's disease and other dementias from both basic and clinical neuroscience perspectives; it provides scientists and medical professionals with an extensive introduction and an up-to-date review of cutting-edge scientific advances.

The Handbook of Alzheimer's Disease and Other Dementias is an impressively broad and in-depth compendium of the rapidly growing knowledge about the dementing disorders. A notable feature of this text is the comprehensive treatment of specific cognitive and behavioral domains that characterize dementia. The Boston University Alzheimer's Disease Center and their many collaborators in this Handbook have contributed a welcome addition to the literature.
-John C. Morris, Washington University School of Medicine

Neil W. Kowall graduated with his MD from the University of British Columbia in 1979. He received postgraduate training in Internal Medicine at the Beth Israel Deaconess followed by a Neurology residency at Massachusetts General Hospital. After completion of his clinical training he completed a postdoctoral research fellowship and was appointed Assistant Professor of Neurology at Massachusetts General Hospital and Harvard Medical School . He moved to the Bedford VA Medical Center in 1992 where he is now Director of the New England Geriatrics Research Education and Clinical Center. He is a Professor of Neurology and Pathology at Boston University School of Medicine and directs the NIH-funded Boston University Alzheimer’s Disease Center. His major research interests are human neuroanatomy and neuropathology and animal models of neurodegenerative disease. NIH, VA and private foundations support his research. He has published over 100 original peer-reviewed manuscripts. Dr. Kowall has received various awards, including the following: two Medical Research Council Studentship awards, the Russel Prize in Anatomy, the Hamber Prize in Medicine, the Bristol Medical Prize in Pharmacology, the Merck Scholarship in Medical Therapeutics, the Mead Prize in Pediatrics, the FIRST Award (R29) from National Institute of Neurological Disorders and Stroke, the Moore Award for Best Paper on Clinicopathological Correlation from the American Association of Neuropathologists, two Director's Special Quality Awards/Commendations from the Bedford VAMC, and the Zenith Award from the Alzheimer's Association.

Andrew E. Budson (MD from Harvard Medical School) is Associate Professor of Neurology at Boston University's School of Medicine. He is also the Director of Cognitive Neuroscience Research at Boston University's Alzheimer's Center. He is a member of the Cognitive Neuroscience Society and American Academy of Neurology. He is on the editorial boards of several journals such as "Neuropsychology," "Cognitive Neuroscience," and "Neurobiology of Aging." He is a frequent invited speaker on Alzheimer's and cognitive disorders. His research uses the techniques of experimental psychology and cognitive neuroscience to understand how memory breaks down in patients with Alzheimer’s disease.