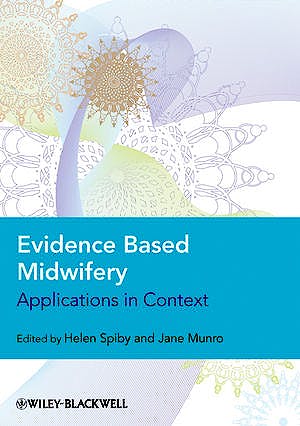 Evidence Based Midwifery. Applications in Context

ginecológicaobstétricamatronas
‘Evidence Based Midwifery Practice’ is an accessible and authoritative guide to implementing evidence-based care in midwifery practice. It identifies and explores recent evidence based midwifery initiatives, reflects upon current philosophical and methodological issues, and explores how midwives might best use the current evidence base to enhance their clinical practice.

This text explores the current policy drivers influencing evidence based midwifery and covers topics such as problem-based learning, implementation of evidence-based guidelines and the role of the service-user and makes recommendations for future evidence based practice in midwifery. With the use of real-life examples throughout, this text will encourage midwives to reflect upon and critically analyse the evidence that underpins midwifery practice, and utilise it to develop their skills.

The Rationale for a Book about Evidence Based Midwifery

Notes on the Contributors

1. The Nature and Use of Evidence in Midwifery Care (Jane Munro and Helen Spiby).

2. The Development of Evidence Based Midwifery in the Netherlands

Is there a Link Between the VBAC Decline since the Second Half of the 1990s and Scientific Studies on the Risks of VBAC? (Hélène Vadeboncoeur).

6. Evidence Based Practice and Problem Based Learning – a Natural Alliance? (Fiona MacVane Phipps).

7. Supervision of Midwifery and Evidence Based Practice (Carol Paeglis).

8. Is There Enough Evidence to Meet the Expectations of a Changing Midwifery Agenda? (Tina Lavender).

9. Guidelines and the Consultant Midwife

The Challenges of the Interdisciplinary Guideline Group (Helen Shallow).

11. The Potential of Service User Groups to Support Evidence Based Midwifery (Belinda Phipps and Gillian Fletcher).