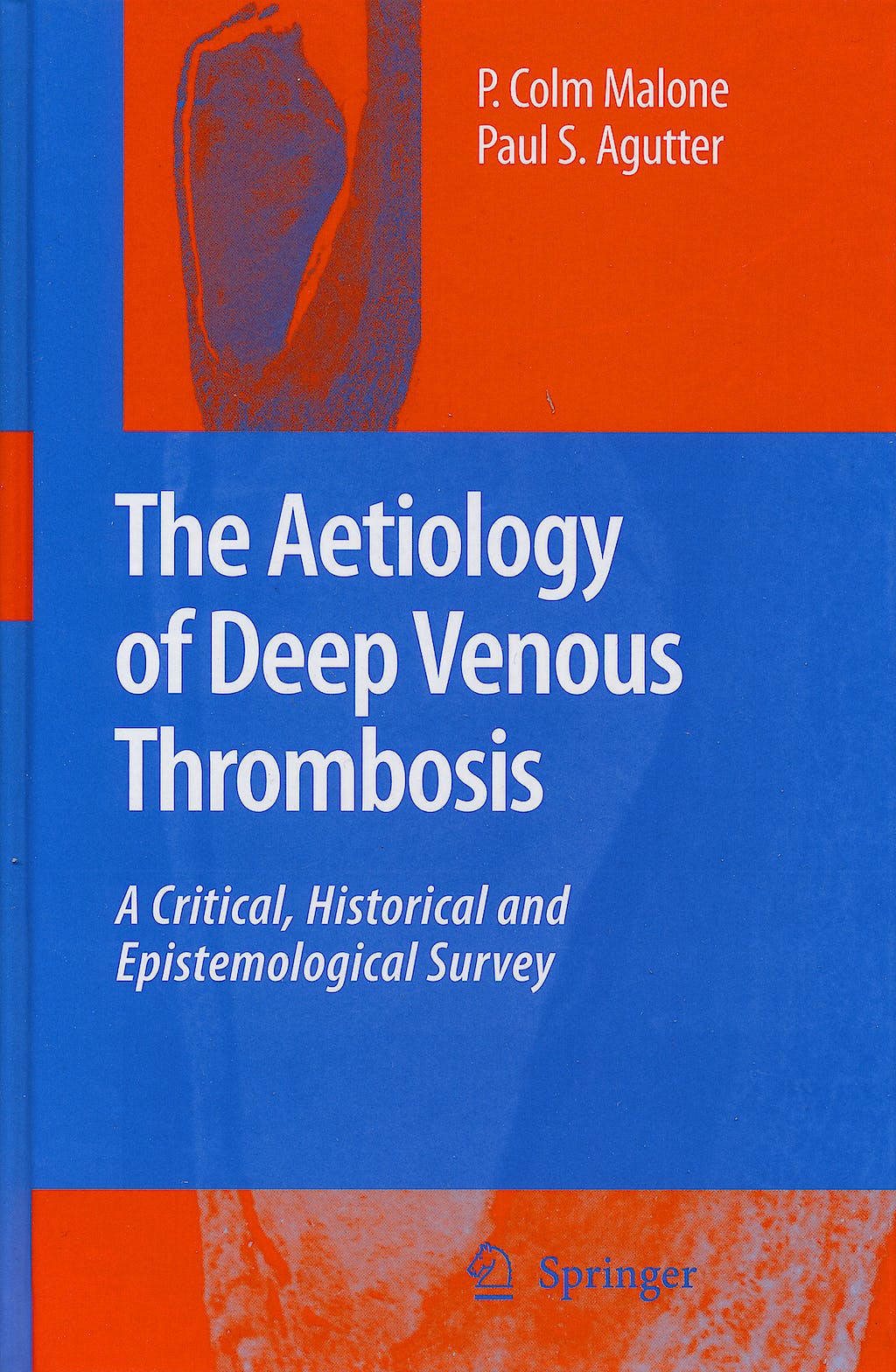 The Aetiology of Deep Venous Thrombosis. a Critical, Historical and Epistemological Survey

What we now call ‘deep venous thrombosis’ (DVT) has been elucidated by a diversity of investigative approaches during the past four centuries. The authors of this book survey the history of the field and ask: why has one of these perspectives – the haematological/biochemical – come to dominate research into the causation of DVT during the past 50 years and to exclude alternatives?

In answering this question, the authors show that the current consensus model is conceptually flawed. Building on the work of William Harvey, John Hunter, Rudolf Virchow, Ludwig Aschoff and a number of pathologists in the mid-20th century, they offer a revised account of the aetiology of this condition. In the process they retrace and review the 160-year-old philosophical and methodological schism in biomedical research and, using DVT as an example, propose how this schism might be bridged to the benefit of both research and clinical practice.