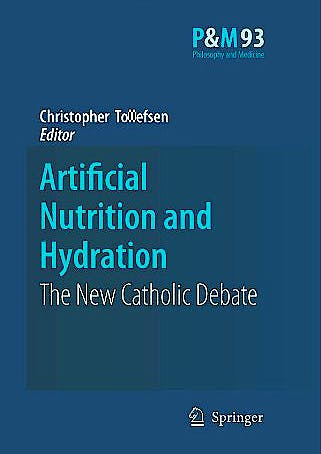 Pope John Paul II surprised much of the medical world in 2004 with his strongly worded statement insisting that patients in a persistent vegetative state should be provided with nutrition and hydration. While many Catholic bioethicists defended the Pope’s claim that the life of all human beings, even those in a persistent vegetative state or a coma, was worth protecting, others argued that the Pope’s position marked a shift from the traditional Catholic teaching on the withdrawal of medical treatment at the end of life. The debate among Catholic bioethicists over the Pope’s statement only grew more intense during the controversy surrounding Terry Schiavo’s death in 2005, as bioethicists on both sides of the debate argued about the legitimacy of removing her feeding tubes. This collection of essays by some of the most prominent Catholic bioethicists addresses the Pope’s statements, the moral issues surrounding artificial feeding and hydration, the refusal of treatment, and the ethics of care for those at the end of life.