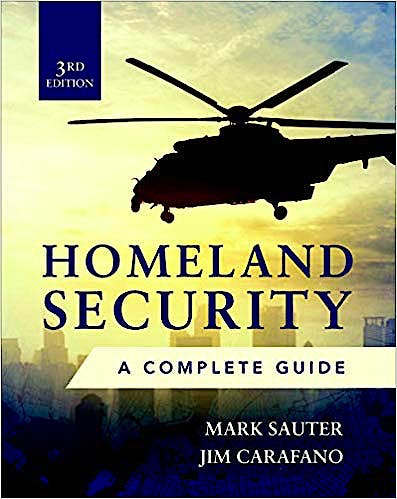 The definitive guide to homeland security--updated with critical changes in missions, tactics, and strategies

Whether you're a first responder, corporate executive, or government leader, Homeland Security provides everything you need to know about the history, mission, and evolution of the national homeland security enterprise. Including federal, state, local, and private sector efforts, this new edition has been expanded and updated to include important new insights about:

-Controversial U.S. intelligence surveillance authorities-Techniques and controversies such metadata collection, drones, interrogation, and countering violent extremist programs-The growing importance of cybersecurity from government agencies to corporations and individual households-Up-to-date information about homegrown terrorism and radicalization-New content about terrorist organizations, such as ISIS, and extremist U.S. groups like the AltRight and AntiFa

Since the last edition was published in 2012, national security has become an even graver issue for crisis responders and leaders of public agencies and private companies. Homeland Security, Third Edition is the one-stop guide you need to perform your job with the utmost expertise.

Mark A. Sauter is a managing director of Pickwick Capital Partners, LLC, where he specializes in M&A and capital raising for security companies.. He served as a U.S. Army Special Forces and infantry officer, whose service included command of a guard post in the DMZ between South and North Korea. He witnessed the 9/11 attack and its aftermath first-hand while living near the World Trade Center.

James Jay Carafano is the Vice President for Foreign and Defense Policy, the Director of The Kathryn and Shelby Cullom Davis Institute for International Studies and the E.W. Richardson Fellow at The Heritage Foundation.