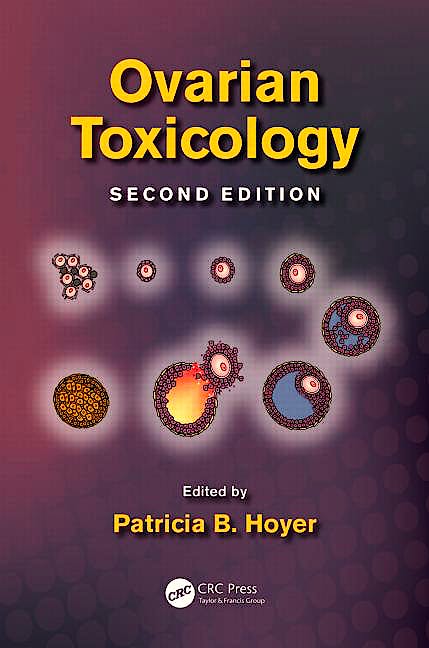 Today, we are exposed to an increasing number of chemicals in the environment and there is a growing awareness of the effects of these chemicals on the ovaries. Infertility resulting from environmental exposures may not be obvious until the reproductive life span iswaning. As such, the potential for xenobiotic-induced infertility needs to be better understood.

In recent years, research into chemicals that have the potential to cause early menopause by destroying pre-antral ovarian follicles is gaining greater appreciation. Ovarian Toxicology, Second Edition represents a compilation of chapters prepared by researcherswho have substantially contributed to our understanding of the impact of xenobiotics and environmental factors on ovarian function. The second edition substantially updates newly investigated ovotoxicants as well as improved mechanistic insights that have emerged since the first edition.

The first book to focus specifically on ovarian toxicology, this resource is ideal for scientists in academia, regulatory agencies, and industry who would benefit from a survey of the impact of xenobiotic chemicals on ovarian function.

Bisphenol A and the Ovary; Ronit Machtinger and Catherine Racowsky

Patricia B. Hoyer, Ph.D., is a professor in the Department of Physiology at the University of Arizona, Tucson. Her research specializes in the effects of environmental chemicals on ovarian function. Her professional activities have included membership in professional societies such as the Society of Toxicology and the Society for Study of Reproduction. She has also served as a panel member and chair for NIH and American Cancer Society study sections. She currently serves on the editorial boards of Toxicology and Applied Pharmacology, Biology of Reproduction, and Experimental Biology and Medicine. In 2010, she organized the XVII International Ovarian Workshop. Dr. Hoyer has authored or coauthored 115 peer-reviewed scientific publications, 30 invited book chapters, and reviews in such texts as Comprehensive Toxicology and Casarett & Doull’s Toxicology. During her career, she has delivered numerous presentations at national/international meetings and symposia. She has trained over 25 Ph.D. and master’s students and postdoctoral fellows. These efforts have earned her the 2011 Trainee Mentoring Award for theSociety for Study of Reproduction and the 2013 Mentoring Award for Women in Toxicology at the annual meeting of the Society of Toxicology.