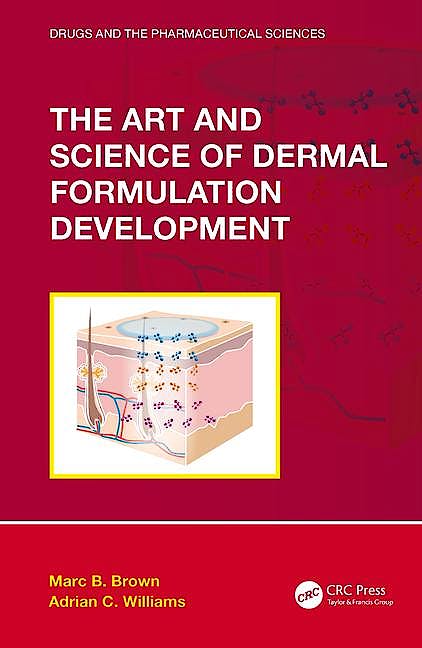 The Art and Science of Dermal Formulation Development

The Art and Science of Dermal Formulation Development is a comprehensive guide to the theory and practice of transdermal and topical formulation development, covering preclinical studies, evaluation and regulatory approval. It enables the reader to understand the opportunities and challenges in developing products and how risks can be mitigated. Over the last 25 years, expertise in this area has declined whilst drug delivery systems for other administration routes have developed significantly. The advantages offered by transdermal and topical drug delivery remain compelling for sectors including the pharmaceutical industry, personal care and cosmetics. This text addresses the dearth of expertise and discusses how skin can be a route of delivery and the processes in formulation development, but how such an application is very different to that used for oral, IV and other administration routes.

Professor Marc Brown received his BSc(Hons) and PhD in Pharmaceutical Chemistry from Loughborough University. In 2006, after 14 years working as an academic in the Department of Pharmacy, King’s College London (KCL) he took up a position as Professor of Pharmaceutics in the School of Pharmacy, University of Hertfordshire and has been subsequently awarded an Honorary Professorial position at the School of Pharmacy, University of Reading. His research interests lie mainly in drug delivery to the skin, nail and mucosal membranes and he has over 300 publications and 25 inventions describing his work. In 1998 whilst at KCL, Professor Brown co-founded MedPharm Ltd, a contract research organisation specialising in the development of topical and transdermal medicines. He now acts as Chief Scientific Officer and Director of MedPharm which employs ca. 110 people in its GMP and GLP accredited facilities in the UK and the US. The company has collaborations with companies in the US, Europe, India, Japan and Australia and Prof Brown has been involved in the development of more than 30 topical and transdermal medicines that have gained regulatory approval around the world.

Professor Adrian Williams received his PhD in Pharmaceutics at the University of Bradford in 1990 under the supervision of Professor Brian Barry. He was subsequently appointed to his first academic positon at Bradford and was appointed Professor of Biophysical Pharmaceutics in 2002. In 2004 and joined the new School of Pharmacy at the University of Reading as Professor of Pharmaceutics and was subsequently appointed Head of Pharmacy (2008), Head of the school of Chemistry, Food and Pharmacy (2011) and since 2015 is the University of Reading Research Dean for Health. Professor Williams’s research focuses primarily on transdermal and topical drug delivery though has also worked on drug delivery systems for other administration routes. He has published ~100 original peer reviewed research articles (ORCID ID: 0000-0003- 3654-7916), written numerous review articles and chapters and authored the text book “Transdermal and Topical Drug Delivery; from theory to clinical practice”; Pharmaceutical Press, London (2003). Professor Williams has worked with and consulted for numerous pharmaceutical and personal care companies, sits on advisory boards for three companies and editorial boards for two journals and has acted as an expert in various litigation matters.