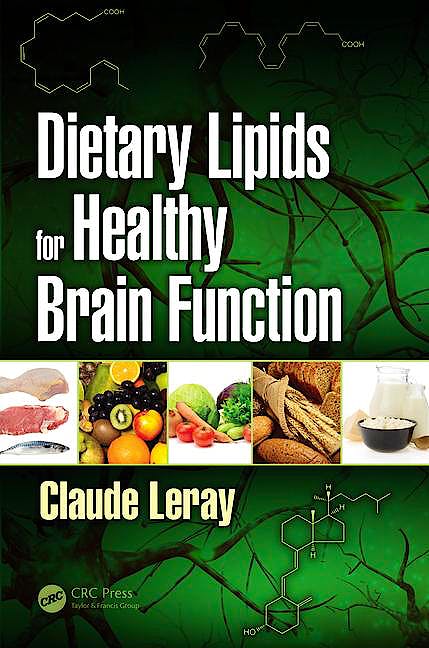 Our brain is recognized by all specialists as the most complex entity created in nature. Regarding the extraordinary capacities of its functioning, still incompletely known, the control of the brain by our dietary lipids may seem very improbable to many people. Yet, research has shown that an imbalance in the intake of essential fatty acids is related to conditions as prevalent as depression, bipolar disorder and schizophrenia. Research on psychological disorders including attention deficit hyperactivity disorder, autism, aggressiveness and suicidal behavior are discussed in this text. Several neurodegenerative diseases, such as Alzheimer's, Parkinson's and multiple sclerosis are also explored.

Several observations prove that not only are omega-3 fatty acids actively involved in maintaining the noble functions of our brain, but other lipids, including cholesterol, liposoluble vitamins (A, D and E) and some carotenoids play roles as well and are presented in this book. Dietary Lipids for Healthy Brain Function focuses on this important research for human health. This book brings readers, doctors, dietitians and nutritionists arguments that could improve brain development in young people, preventmany nervous diseases and slow down the age-related decline of higher brain functions. This book provides helpful information to improve health in the young as well in the old, using practical and personalized recommendations for preventing and treatingnervous pathologies.

Claude Leray, PhD, earned his PhD in biology from Marseille University, France, in 1968. During and after this first research period, he specialized in fish biology. In 1971, he joined the faculty at the Department of Biology, University of Montréal, Québec, Canada, where he held the rank of associate professor for three years. In 1974, Dr. Leray joined the National Center for Scientific Research as research director, at the University of Strasbourg, France, where he developed works on fish, focusing on theinfluence of dietary lipids on the gill and intestine membrane composition, mainly in the context of the animal salinity changes.

He collaborated on several projects including the importance of n-3 fatty acids in the physiology of rat adipose tissue (Ecology and Energetic Physiology Center, National Center for Scientific Research, Strasbourg) and human platelets (Blood Transfusion Center, National Institute of Health and Medical Research, Strasbourg). His main fields of interest are fatty acids and phospholipids. Dr. Leray has published extensively in the field of lipid and membrane biochemistry. He is the founder and creator of thewebsite: www.cyberlipid.org. He published two books on lipidomics: one in French (Les lipides dans le monde vivant—Introduction à la lipidomique, Lavoisier, 2010) and one in English (Introduction to Lipidomics— from Bacteria to Man, CRC Press, 2013). Recently, he published a book in French on the relationships between lipids and health (Les Lipides—Nutrition et Santé, Lavoisier, 2013).