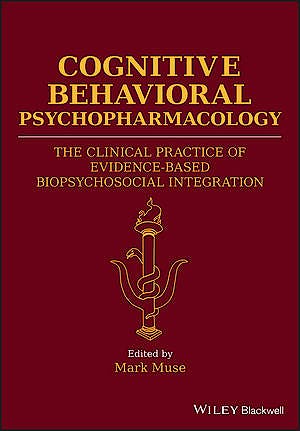 Cognitive Behavioral Psychopharmacology takes an evidence-based approach to demonstrating the advantages of biopsychosocial integration in interventions for the major psychiatric diagnoses. It is the first and only book to translate the current evidence for cognitive behavioral, psychosocial, and pharmacologic approaches to mental health disorders into clear guidance for clinical practice.

There is a burgeoning movement in mental health to acknowledge the entire person’s functioning across physical, psychological and social spheres, and to integrate medical as well as psychological and social interventions to address the entire spectrum of presenting problems. This book bridges a gap in the professional mental health literature on the subject of standalone versus combined treatment approaches. It reviews the current state of integrative care, and makes a strong case that optimal outcomes are best achieved by an awareness of how and why the cognitive-behavioral aspects of prescribed medical and psychological interventions influence treatment. Each disorder-specific chapter is authored by a prescriber and psychotherapist team who consider all the evidence around treatments and combinations, providing outcome conclusions and concise tables of recommended front-line interventions.

Mark Muse, EdD, PhD, ABPP, MP is licensed as a prescribing medical psychologist by the Louisiana State Board of Medical Examiners. He is past president of the Maryland Academy of Medical Psychologists, and is the author of numerous articles which have appeared in professional journals of psychology and medicine, as well as the books Introduction to Cognitive-Behavioral Therapy: Theoretical Foundations and Handbook of Clinical Psychopharmacology for Psychologists.