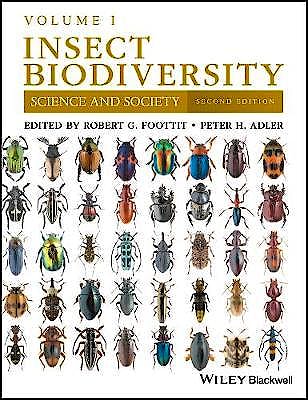 Volume One of the thoroughly revised and updated guide to the study of biodiversity in insects The second edition of Insect Biodiversity: Science and Society brings together in one comprehensive text contributions from leading scientific experts to assess the influence insects have on humankind and the earth s fragile ecosystems. Revised and updated, this new edition includes information on the number of substantial changes to entomology and the study of biodiversity. It includes current research on insect groups, classification, regional diversity, and a wide range of concepts and developing methodologies. The authors examine why insect biodiversity matters and how the rapid evolution of insects is affecting us all. This book explores the wide variety of insect species and their evolutionary relationships. Case studies offer assessments on how insect biodiversity can help meet the needs of a rapidly expanding human population, and also examine the consequences that an increased loss of insect species will have on the world.

This important text: * Explores the rapidly increasing influence on systematics of genomics and next-generation sequencing * Includes developments in the use of DNA barcoding in insect systematics and in the broader study of insect biodiversity, including the detection of cryptic species * Discusses the advances in information science that influence the increased capability to gather, manipulate, and analyze biodiversity information * Comprises scholarly contributions from leading scientists in the field Insect Biodiversity: Science and Society highlights the rapid growth of insect biodiversity research and includes an expanded treatment of the topic that addresses the major insect groups, the zoogeographic regions of biodiversity, and the scope of systematics approaches for handling biodiversity data.

ROBERT G. FOOTTIT is a research scientist specializing in the taxonomy of aphids and related groups, with the Canadian National Collection of Insects and Agriculture and Agri-Food Canada. His research interests include the use of morphological and molecular approaches in the study of aphid species and populations. PETER H. ADLER is a professor of entomology at Clemson University, where he holds a teaching and research appointment, specializing in the behavior, ecology, genetics, and systematics of insects, particularly butterflies and medically important flies.