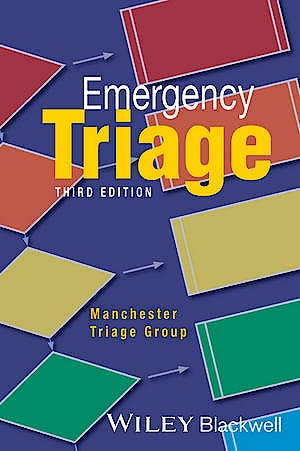 The Manchester Triage System (MTS) is the most widely used triage system in the UK, Europe and Australia, with tens of millions of patients being processed through hospital emergency departments. It is also used in hospitals throughout Brazil.

Emergency Triage is the core text for the MTS, which utilises a risk averse system of prioritisation for patients in all unscheduled care settings. As such, it is an essential text for all emergency department staff using the MTS, in particular triage nurses. The book is both a training tool and a reference for daily use in the Emergency Department and prehospital settings.

This edition features revised protocols that reflect new approaches to prioritisation, with accompanying revised flowcharts - the core part of the book.