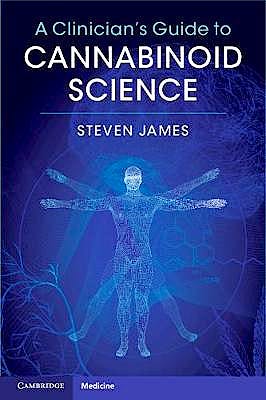 A Clinician's Guide to Cannabinoid Science

Medical marijuana and the promise of medical advances with cannabinoids is a controversial topic. This book provides clinicians with credible, peer-reviewed science to advise patients on the use of cannabinoids in practice. From the history of cannabis to the recent discoveries, chapters include the science of cannabinoids, changes in the legal and regulatory landscape, and the emerging area of endocannabinoids. The book differentiates approved cannabinoids from cannabis and medical marijuana and stimulates clinicians to think about the risks and benefits of these two drugs. It provides the factual background for clinicians to lead the discussion on the continued use of marijuana, ongoing areas of research and future advances and development of new medications for treatment. An invaluable guide for all specialists in the pharmaceutical sciences, toxicologists, biochemists, neurologists, psychiatrists, addiction specialists, as well as primary care physicians, nurse practitioners, and regulators and policymakers.

Steven James, University of California, San Diego
Steven James, MD is a psychiatrist and author living in southern California with over three decades in pharmaceutical research.