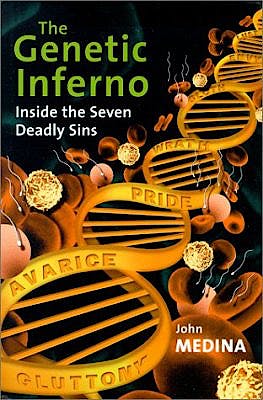 The Genetic Inferno. inside the Seven Deadly Sins

What makes us react or feel the way we do? If you have ever asked yourself this question, then let John Medina take you on a tour of the fascinations and frustrations involved in the quest to understand the biological basis of human behavior. By describing the gap that exists between a human behavior and a human gene, this fascinating book, first published in 2000, seeks both to clarify and debunk ideas about the genetic roots of behavior, from the genes of divorce to the tendency to eat chocolate. Using Dante's The Divine Comedy as an organizing framework, The Genetic Inferno explains each of the Seven Deadly Sins, but in terms of twentieth-century genes and brains. Written by a practising research scientist, this book is not for biologists, but for literature majors, business people, parents, and anyone interested in how our genes work to make us behave the way we do.