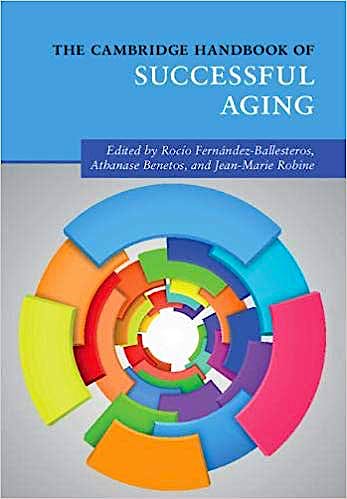 The Cambridge Handbook of Successful Aging

Recent studies show that more people than ever before are reaching old age in better health and enjoying that health for a longer time. This Handbook outlines the latest discoveries in the study of aging from bio-medicine, psychology, and socio-demography. It treats the study of aging as a multidisciplinary scientific subject, since it requires the interplay of broad disciplines, while offering high motivation, positive attitudes, and behaviors for aging well, and lifestyle changes that will help people to stay healthier across life span and in old age. Written by leading scholars from various academic disciplines, the chapters delve into the most topical aspects of aging today - including biological mechanisms of aging, aging with health, active and productive aging, aging with satisfaction, aging with respect, and aging with dignity. Aimed at health professionals as well as general readers, this Cambridge Handbook offers a new, positive approach to later life.

Rocio Fernandez-Ballesteros is Emeritus Professor in the Department of Psychobiology and Health at the Universidad Autonoma de Madrid. She has been searching and promoting healthy and active aging since 1980. Throughout her career she has served as a consultant to UNESCO, the United Nations, the World Health Organization, and the European Union. Athanase Benetos is Professor of Geriatric Medicine and Biology of Aging at the University of Lorraine. He has published more than 360 papers in peer-reviewed international scientific journals and participated in several scientific books. He is the President Elect of the European Geriatric Medicine Society (EUGMS). Jean-Marie Robine is the Research Director at INSERM, the French National Institute of Health and Medical Research. He is also a professor at the advanced school Ecole pratique des hautes etudes (EPHE) in Paris. Since its creation in 1989, he has also been the coordinator of the International Network on Health Expectancy (REVES).