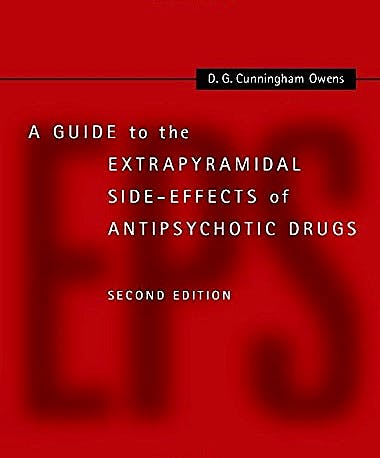 A Guide to the Extrapyramidal Side-Effects of Antipsychotic Drugs

It is often implied that antipsychotic-induced extrapyramidal side-effects are irrelevant to modern psychiatric therapeutics, rendered historic by newer, better treatments. This myth arises from limited awareness of the depth and breadth of neurological disruption antipsychotics can mediate. This volume discusses the extensive clinical boundaries of acute dystonias, drug-induced parkinsonism, akathisia and tardive dyskinesia, providing demographic and epidemiological context while illustrating how prescribing choices impact powerfully on their development. This new edition has been thoroughly updated and rewritten to include recent data, expanded references and a new chapter on the concept of 'atypical' antipsychotics. Written in a light, engaging style, liberally illustrated with clinical examples, it also invites readers to consider ongoing controversies - subjective drug effects, the relationship between 'akathisia' and restless legs, the status of the concept of 'atypicality', and so on. Informative reading for trainees as well as established practitioners in the fields of psychiatry, neurology, primary care and geriatrics.