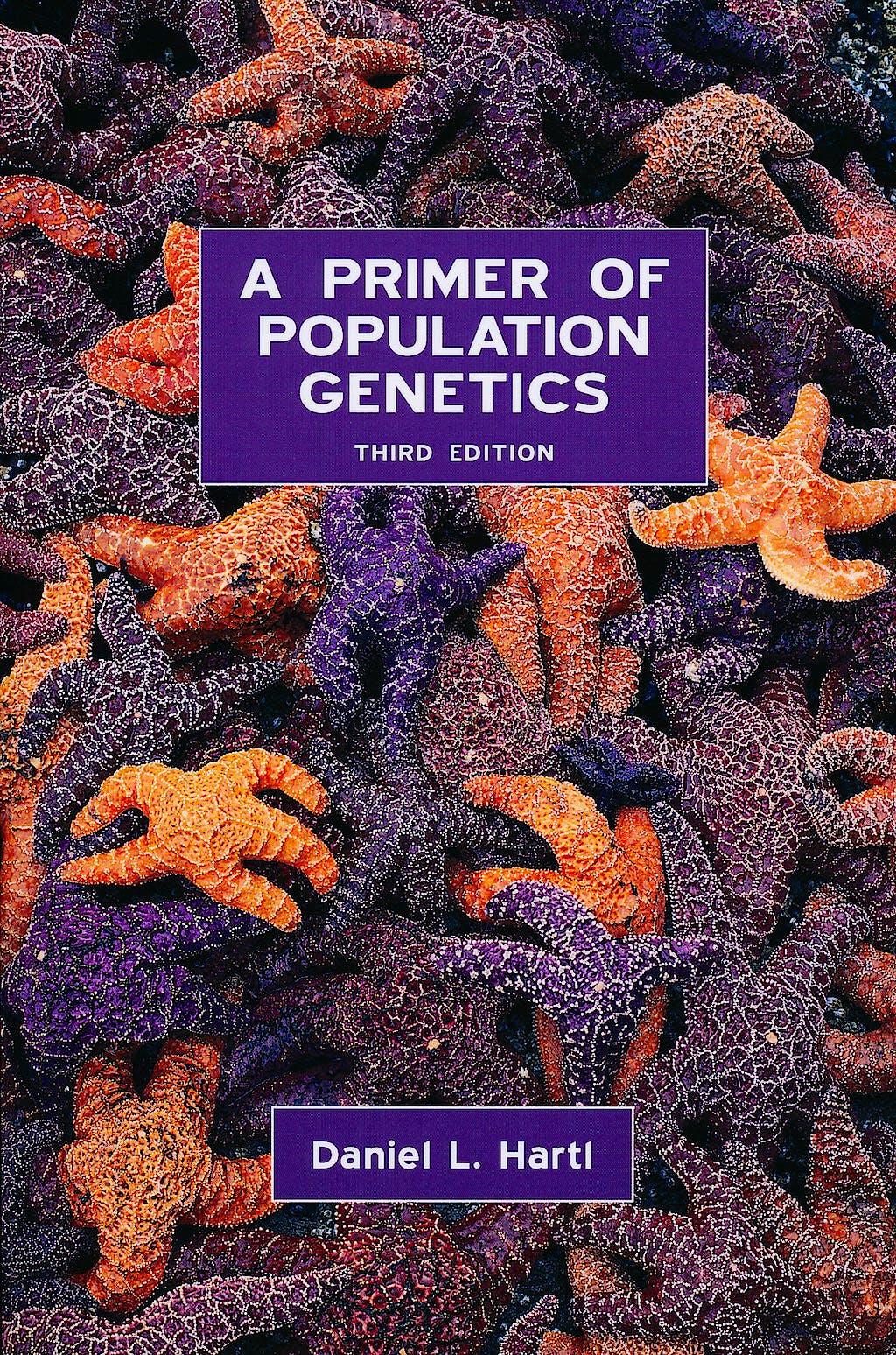 A Primer of Population Genetics

In response to many requests, the Third Edition of A Primer of Population Genetics has been dramatically shortened and streamlined for greater accessibility. Designed primarily for undergraduates, it will also serve for graduate students and professionals in biology and other sciences who desire a concise but comprehensive overview of the field with a primary focus on the integration of experimental results with theory. The abundance of experimental data generated by the use of molecular methods to study genetic polymorphisms sparked a transformation in the field of population genetics. Present in virtually all organisms, molecular polymorphisms allow populations to be studied without regard to species or habitat, and without the need for controlled crosses, mutant genes, or for any prior genetic studies. Thus a familiarity with population genetics has become essential for any biologist whose work is at the population level. These fields include evolution, ecology, systematics, plant breeding, animal breeding, conservation and wildlife management, human genetics, and anthropology. Population genetics seeks to understand the causes of genetic differences within and among species, and molecular biology provides a rich repertoire of techniques for identifying these differences.

The book is organized as a user's guide to population genetics.

Chapter 1 starts with the basic concepts of molecular genetics and examines the principal methods by which DNA (or proteins) can be manipulated to reveal genetic polymorphisms in any population. Chapter 1 also includes the principles of population genetics underlying the organization of genetic variation in populations, with special emphasis on random mating, linkage equilibrium and disequilibrium, and inbreeding.

Chapter 2 examines the evolutionary processes that can change allele frequencies, including mutation, migration and population admixture, natural selection of various types, and random genetic drift. This chapter also includes an elementary explanation of the diffusion equations as used in population genetics.

Chapter 4 focuses on complex traits whose expression is influenced by multiple genes and environmental factors. It examines genetic effects on the components of phenotypic variation and the correlations between relatives, the evolution of quantitative traits in natural populations, and comes full circle with the use of molecular polymorphisms and candidate genes in the identification of quantitative trait loci underlying complex inheritance.

As for mathematical rigor, while there are some equations, the emphasis is on explanation rather than derivation. Only elementary algebra is necessary to follow most of the material, but a familiarity with basic calculus is helpful for understanding diffusion equations, Poisson random fields, and complex threshold traits. Mathematical symbols are used consistently throughout the book, and when results from the theoretical literature are quoted, the original symbols have been changed as necessary to maintain consistency.

Modern population genetics makes liberal use of acronyms-these are all defined in the text, and their interrelations and implications are discussed. For ease of reference there is a glossary of acronyms and other common abbreviations used in population genetics. The text also includes numerous practical examples showing how the theoretical concepts are applied to actual data, as well as chapter-end problems.

Daniel L. Hartl is a Professor of Biology in the Department of Organismic and Evolutionary Biology at Harvard University. He received his Ph.D. in Genetics from the University of Wisconsin-Madison, with James F. Crow, then did postdoctoral work with Spencer W. Brown at the University of California-Berkeley. Prior to taking on his current role at Harvard in 1993, Dr. Hartl held teaching positions at the University of Minnesota-St. Paul, Purdue University, the University of Zurich, and the Washington University School of Medicine. In addition to Principles of Population Genetics, Third Edition (written with Andrew G. Clark and also published by Sinauer Associates), he has authored or co-authored several other genetics books. Dr. Hartl served as President of the Genetics Society of America in 1989. His research interests include population genetics, molecular evolutionary genetics, and molecular genetics.

"This concise, competent and exceptionally well written book deserves a place on the shelves of every human (or other) geneticist. I strongly recommend it."
—Michael Krawczak, Human Genetics