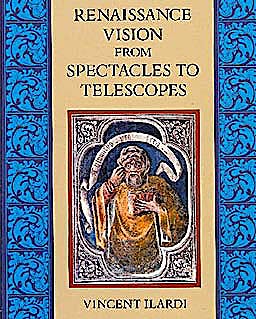 This book deals with the history of eyeglasses from their invention in Italy ca. 1286 to the appearance of the telescope three centuries later. By the end of the 16th century eyeglasses were as common in western & central Europe as desktop computers are in western developed countries today. Eyeglasses served an important technological function at both the intellectual & practical level, not only easing the textual studies of scholars but also easing the work of craftsmen/small businessmen. An important synthesis of this book is that Florence, rather than Venice, seems to have dominated the commercial market for eyeglasses during the 15th century, when two crucial developments occurred: the ability to grind convex lenses for various levels of presbyopia & the ability to grind concave lenses for the correction of myopia. As a result, eyeglasses could be made almost to prescription by the early 17th century. Illus.