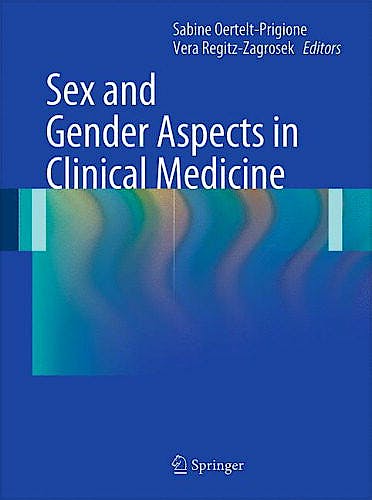 Prior to 2000, gender medicine was not a popular term, but in the past 10 years and analogous to the growth in the need to consider Personalised Medicine, it has become hugely important to understand that “women are not small men”. There is no more doubt that clinical manifestations of prevalent diseases differ in women and men and this is at least partially due to sex differences in pathophysiology. While the majority of diagnostic and therapeutic strategies were aimed at males 30 years ago, endocrine and reproductive systems were the logical areas for the observation of the effects of gender on medicine. It has been know for some time that women and men also differ in diseases such as diabetes and various cardiovascular syndromes, which has pushed research in these directions. Nevertheless, it is still a challenge to define gender medicine clearly, since it is characterized by an unbiased comparison between women and men and the inclusion of gender as a sociocultural process into medical hypotheses. It includes the recognition of biological differences among women and men, i.e. sex differences, but goes well beyond this.

Sex and Gender Aspects in Clinical Medicine defines the concepts and practical clinical meaning of gender medicine. As such it is a highly complex yet hugely important reference for all professional medical personnel, from clinicians in cardiology, endocrinology, oncology, reproductive medicine, diabetology, rheumatology, plus also a number of specialists who deal with pharmacotherapy, pathophysiology, genomics, as well as researchers investigating any of the above disciplines. Many medical authors use gender as an inclusive term that can include the biological notion of sex as well as the sociocultural notion of gender. In this book, the Editors use sex and gender in their more stringent sense. If a clear distinction is not possible gender is used in a broader sense to include biological phenomena

The US Institute of Medicine declared in its 2001 and 2010 statements that being a woman or being a man significantly influences the course of diseases. Gender medicine aims at better management and treatment of both women and men, and this book is an ideal reference for anyone wanting to understand the intricate relationship between gender and health.