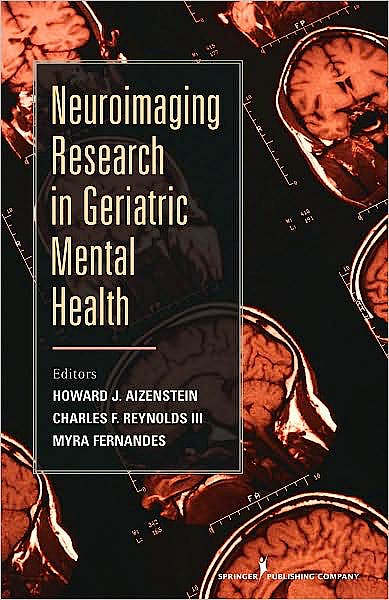 The effect of aging on brain function has become a topic of great interest in psychology, psychiatry, neuroscience, and gerontology over the past decade. Current research has fundamentally changed how the aging process is viewed. No longer is it consider inevitable that cognitive declines begin at middle age; the majority of elderly undergo a perfectly normal aging process that produces relatively benign changes in cognitive abilities. However, it is also understood that a minority of the elderly population can expect to suffer through an "abnormal aging" process which significantly increases the likelihood of cognitive impairment and dementia. For example, by comparison to young and middle aged adults, older adults are significantly more vulnerable to depression, mania, schizophrenia, substance abuse, and dementias such as Alzheimer's Disease. It is now generally believed that by exploring the neurobiological basis of these patient populations, scientists can begin to understand why abnormal aging happens and what can be done to treat it.

This volume, the first book to apply the brain imaging techniques of neuroscience to the geriatric population, examines the state-of-the-art in our understanding of the aging brain. Edited by a key figure in functional magnetic resonance imaging, the book focuses on specific populations and clinical syndromes.

I INTRODUCTION
1.The Expanding Role of Neuroimaging Research in Geriatric Psychiatry

Dr. Aizentstein is an assistant professor of psychiatry at the University of Pittsburgh Medical School and Director of its Geriatric Psychiatry Neuroimaging Laboratory. He received a joint M.D./Ph.D. in medicine and computer science from the University of Illinois, Urbana-Champaign in 1995. Dr. Aizenstein is specialty certified in psychiatry and geriatric psychiatry by the American Board of Psychiatry and Neurology and is a licensed M.D. in the State of Pennsylvania. His main area of research, which has been funded by the National Institute of Mental Health and the National Institute on Aging, is depression later life. In 2004, he was awarded a "Young Investigators" grant by the National Alliance for Research on Schizophrenia and Depression for his work on the physiological basis of cognitive impairment in the depressed elderly.