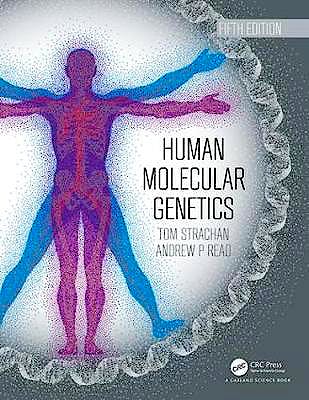 Human Molecular Genetics has been carefully crafted over successive editions to provide an authoritative introduction to the molecular aspects of human genetics, genomics and cell biology.

Maintaining the features that have made previous editions so popular, this fifth edition has been completely updated in line with the latest developments in the field. Older technologies such as cloning and hybridization have been merged and summarized, coverage of newer DNA sequencing technologies has been expanded, and powerful new gene editing and single-cell genomics technologies have been added. The coverage of GWAS, functional genomics, stem cells, and disease modeling has been expanded. Greater focus is given to inheritance and variation in the context of populations and on the role of epigenetics in gene regulation.

Tom Strachan is Emeritus Professor of Human Molecular Genetics at Newcastle University, Newcastle, UK, and is a Fellow of the Royal Society of Edinburgh and a Fellow of the Academy of Medical Sciences. He was the founding Head of Institute at Newcastle University's Institute of Human Genetics (now the Institute of Genetic Medicine) and its Scientific Director from 2001 to 2009. Tom's early research interests were in multigene family evolution and interlocus sequence exchange, notably in the HLA and 21-hydroxylase gene clusters. While pursuing the latter, he became interested in medical genetics. His most recent research has focused on developmental disorders and developmental control genes.

Andrew Read is Emeritus Professor of Human Genetics at the University of Manchester, UK and a Fellow of the Academy of Medical Sciences. Andrew has been particularly concerned with making the benefits of DNA technology available to people with genetic problems. He established one of the first DNA diagnostic laboratories in the UK over 20 years ago (it is now one of two National Genetics Reference Laboratories), and was founder chairman of the British Society for Human Genetics, the main professional body in this area. His own research is on the molecular pathology of various hereditary syndromes, especially hereditary hearing loss.

Drs. Strachan and Read were recipients of the European Society of Human Genetics Education Award