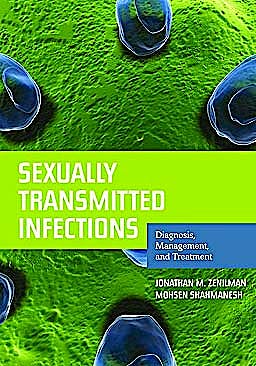 From one of the nation’s leading authorities on infectious disease, this practical resource is designed for clinicians involved in the diagnosis, management, and treatment of sexually transmitted and reproductive tract infections. Sexually Transmitted Infections: Diagnosis, Management, and Treatment begins with chapters on taking a sexual history and the examination of the male and female patient, followed by over 40 chapters that cover the complete range of sexually transmitted infections (e.g., gonorrhea, chlamydia, HIV, HPV, scabies, genital ulcer disease); as well as patient counseling; care following rape; and sexually transmitted infections in homosexual men and women, in commercial sex workers, during pregnancy, and in the military. With contributions from an international author team from the United States, United Kingdom, Australia, and several other countries, the book also offers clinical and public health case studies as well as ample figures, illustrations, and photographs. Key references are provided at the end of each chapter.

Dr. Jonathan Zenilman is Professor of Medicine and Chief of the Infectious Diseases Division at Johns Hopkins Bayview Medical Center. His career in STIs started at the Centers for Disease Control, where he was responsible for developing the national gonococcal isolate surveillance system. His STI-related activities have included being the director of clinical services at the Baltimore City Health Department, and a translational research program in the epidemiology of goncoccal resistance, behavioral interventions, and HIV/STI interactions. He is a former President of the American STD Association.
Mohsen Shahmanesh, MD, FRCP-Honorary Consultant in Genitourinary Medicine and HIV, Whittal Street Clinic, Birmingham, United Kingdom

Mohsen Shahmanesh was born in Teheran, Iran, completed his medical training in the UK and specialised in endocrinology with his MD thesis on the pituitary-hypothalamic control of gonadotrophin secretion.

Between 1975 and1981 he was associate professor of medicine and endocrinology at Shiraz University, Iran. Returning to England in 1983 he retrained in genitourinary medicine at St Thomas’ Hospital, and in 1988 became consultant in GU medicine and HIV in Birmingham General Hospital and the University of Birmingham, UK. Among a number of senior posts in the speciality, he pursued his deep interest in teaching by becoming Chairman of the Specialist Advisory Committee for GU Medicine at the Royal College of Physicians of London. Between 1996-2002 he edited the journal Sexually Transmitted Infections (changing its name from Genitourinary Medicine). He was a member of the Department of Health’s Expert Advisory Group on AIDS . In 2008 he was awarded life fellowship by the British Association of Sexual Health and HIV. He retired from clinical medicine in January 2010.

His research interest include non-gonococcal urethritis, the neurological complications of HIV and the effects of currently used antiviral treatment regimens for HIV on glucose, cortisol and lipid metabolism and adipocyte gene expression.