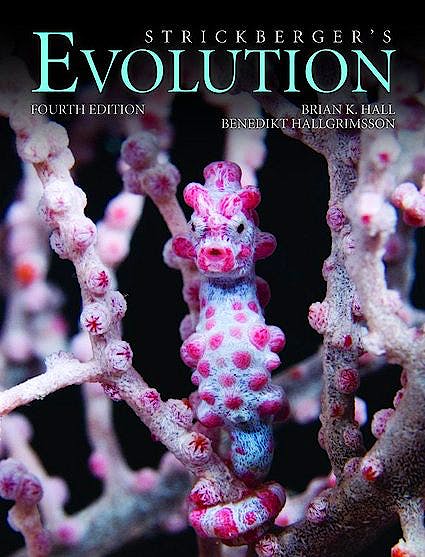 Thoroughly updated and reorganized, Strickberger's Evolution, Fourth Edition, presents an overview of prevailing evidence and theories about evolution by discussing how the world and its organisms arose and changed over time. Remaining consistent with Strickberger's engaging writing style and awareness of the history of the study of evolution, the authors carefully unfold: (i) The evidence for evolution as a science, (ii) The enormity of time, including cosmological and geological evolution and its impact on life; (iii) The origin of life on Earth; (iv) The diversity, relationships and evolution of organisms; (v) How genes, cells, and embryonic development provide the organic framework by which evolution occurs; (vi) How populations may remain stable for long periods of time or give rise to new species; (vii) How evolution and society (including religion) impact one another. Throughout, the emphasis is on analysis of the evidence for the fact of evolution and the theories explaining evolution at all levels from molecules to populations.

· Each chapter has been reviewed by one or more individuals expert in the topic covered in the chapter.
· Summaries have been moved to the beginning of each section to provide an overview of the material before reading in-depth discussions.
· Boxes emphasize information with wide application - for example "What is a gene?" How many kingdoms of life are there?" "What are the links between genotypes and phenotypes?"
· Interviews with active researchers demonstrate the rapid progression being made within evolution.
· Bulleted lists highlight key points while important concepts are emphasized in the text, allowing for rapid comprehension and revision of a chapter.
· Incorporates a strong emphasis on the relationship between evolution and development/embryology.
· Footnotes are used to provide up-to-date references to original studies. The cited references are gathered in a single list at the end of the text.

Part I. The Historical Framework: Evolution as Science

1. Before Darwin
2. Darwin and Natural Selection
3. The Arguments and the Evidence for Evolution

4. The Origins of Cosmic Structures and Chemical Elements
5. The Origin of Earth
6. Molecules, Protocells, and Natural Selection
7. From Molecules to Life
8. Origins of Cells and the First Organisms

Part IV. The Organisms: The Diversity of Life

14. Evolution of Plants and Fungi
15. Animals and their Origins
16. Evolution Among the Invertebrates
17. Chordate and Vertebrate Origins
18. From Water to Land to Air: Amphibians and Amniotes
19. Evolution of Mammals
20. Primate Evolution and Human Origins

Part V. Populations and Speciation: Changes Within and Between Species

Part VI. Evolution and Society: Past, Present, and Future; Society and Religion

25. Cultural and Human-Directed Evolution
26. The Impact of Darwin's Theory on Religion

Trained as an experimental embryologist, for the past 40 years he has undertaken research into vertebrate skeletal development and evolution and played a major role in integrating evolutionary and developmental biology into the discipline now known as Evolutionary Developmental Biology (evo-devo); he wrote the first evo-devo text book , published in 1990 and a second edition in 1999 (Hall 1999a).

A fellow of the Royal Society of Canada and Foreign Honorary Member of the American Academy of Arts and Sciences, Dr. Hall has earned numerous awards for his research, teaching and writing, including the 2005 Killam Prize in Natural Sciences, one of the top scientific awards in Canada.

Based at the University of Calgary, Dr. Hallgrímsson teaches organismal biology and anatomy. There he has received several Gold Star Teaching Awards, a Letter of Excellence Lecturer Award and the McLeod Distinguished Achievement Award. He is featured on the University of Calgary "Great Teachers" website. From the American Association of Anatomists he received the Basmajian/Williams and Wilkins Award for educational contributions in 2001.