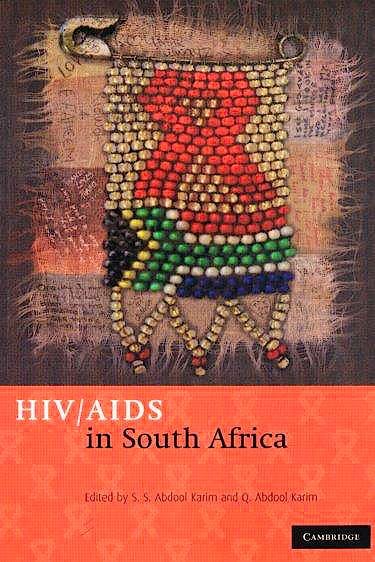 Karim, SalimCAMBRIDGEENalergologíainmunología clínica
This definitive textbook covers all aspects of HIV/AIDS in southern Africa, from basic science to medicine, sociology, economics and politics. It has been written by a highly-respected team of southern African HIV experts and provides a thoroughly researched account of the epidemic in the region. The book comprises eight sections, the first of which covers the numbers behind the epidemic, both as evolution and in their current state. This is followed by sections on the science of the virus, including its structure, diagnosis and spread. HIV risk factors and prevention strategies, focal population groups and the impact of AIDS in all aspects of South African life are discussed in the following four sections. The final sections examine the treatment of HIV and AIDS, the politics of AIDS, mathematical modelling and a discussion on the future of AIDS in South Africa.

• Written by highly respected southern African HIV experts at a level that is authoritative without being academic
• Broad scope - everything from medicine and science to sociology, economics and politics
• Broad target audience - medical students, researchers in HIV/AIDS, educated lay persons and political commentators

'… taken altogether this wealth of information illuminates the path of this dark disease … As you, the reader, page through this book, I hope and trust that you will hear the call to action.' Nelson Mandela

'South Africa possesses the capacity to both curb the epidemic and to minimise its impact - dedicated efforts by its government and civil society are already underway. A wealth of essential evidence is available in this book, making it a valuable contribution to the effort against AIDS in South Africa.' Peter Piot

'… an easy read, targeted at a general audience. … this book is interesting and informative. It is welcomed, and one which will be of interest to many in South Africa and beyond.' Epidemiology and Infection

'This book makes an extraordinary contribution to the growing body of literature on HIV/AIDS in South Africa. The editors bring together an extensive group of researchers who write about the full range of issues associated with the HIV/AIDS epidemic … This collection has been well organised and carefully conceptualised. It is encyclopaedic in nature, and constitutes an extremely valuable resource for those working and researching in the field of HIV/AIDS.' Modern African Studies