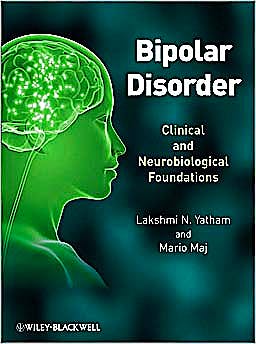 Bipolar disorder is the most complex psychiatric disorder with different types of mood episodes, subtypes, varied course, and significant co-morbidity. Not surprisingly, this complexity poses unique challenges to clinicians for optimal management of those with bipolar disorder.
There has been an explosion of research into the causes and treatment of this condition over the past two decades. It is a daunting task for a practising clinician to make sense of this research and to remain up to date with progress in the understanding of the neurobiology and treatment of bipolar disorder. This book synthesizes and translates the vast array of research knowledge into information that is clinically relevant and meaningful for a clinician.

The book provides a comprehensive, yet focused, reference work on bipolar disorder for both trainees and practising psychiatrists. The two editors are leaders in the field who have published extensively on bipolar disorder. They have assembled a team of experts from around the world: in many instances, chapters are co-authored by people from different continents, bringing a truly international perspective to this important topic. The book covers the basic science of the pathology underlying bipolar disorder but addresses the clinical aspects of the disease throughout.

If you want to provide state-of-the-art care to your bipolar patients, be sure to consult this authoritative reference.

Dr. Yatham leads a Canadian consortium on bipolar disorder, testing new treatments for bipolar disorder using pragmatic and controlled trials with substantial funding from the Canadian Institutes of Health Research. He co-led the development of the Canadian guidelines for treatment of bipolar disorder in 1997; revised the guidelines for 2005 which were published with International Commentaries in Bipolar Disorders Journal. Dr Yatham is Chair of the bipolar group of the Canadian Network for Mood and Anxiety Treatments ; actively involved at a national and international level in continuing medical education and public education on diagnosis and treatment of bipolar disorder for psychiatrists, family physicians, and the general public. Currently the President for the International Society for Bipolar Disorders and on the editorial boards of a number of journals including Bipolar Disorders, Brain Pharmacology, Human Psychopharmacology, Quarterly Journal of Mental Health. He has published over 140 papers in peer-reviewed international journals and presented his research work at numerous international conferences. He was a recipient of the Michael Smith Foundation Senior Scholar Award (2001).