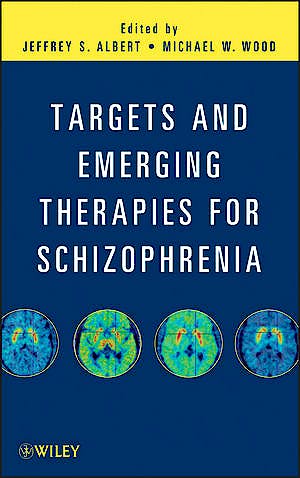 Targets and Emerging Therapies for Schizophrenia

Although the dopamine hypothesis has been the cornerstone of schizophrenia therapeutics, it is clear that dopamine-based approaches do not treat all aspects of the disease. Moreover, many schizophrenia patients fail to respond to current antipsychotics. Integrating chemistry, biology, and pharmacology, this book explores emerging directions in pharmaceutical research for drug targeting and discovery in order to find more effective treatments for schizophrenia, one of the most serious and widespread psychiatric diseases.

Targets and Emerging Therapies for Schizophrenia presents the basics of schizophrenia, drug targets for the disease, and potential new drugs and therapeutics. It begins with a discussion of prevalence and etiology. Then, it describes therapies such as dopamine agonists and phosphodiesterase (PDE) inhibitors as well as growing research aimed at addressing untreated symptoms. Next, the authors discuss receptor modulators, inhibitors, and targeting strategies for drug discovery. Both the neurobiological and chemical aspects of all major pharmacological targets are examined.

With contributions from an international team of pioneering pharmaceutical researchers, this book compiles the current knowledge in the field, setting the stage for new breakthroughs in the treatment of schizophrenia. Targets and Emerging Therapies for Schizophrenia:

With Targets and Emerging Therapies for Schizophrenia as their guide, drug discovery and development scientists have the information they need to advance their own research so that new, more effective treatments for schizophrenia will soon be a reality.

JEFFREY S. ALBERT, PhD, is a Project Leader and Head of Lead Generation Chemistry in AstraZeneca's neuroscience department. He has authored or coauthored more than forty publications, mostly focusing on novel therapeutic targets involved in depression, schizophrenia, and Alzheimer's disease and on the development and application of fragment-based lead generation methodologies.

MICHAEL W. WOOD, PhD, is an External Collaborations Director in AstraZeneca's neuroscience unit where he is responsible for coordinating research to deliver novel therapeutics targeting schizophrenia as well as other neuroscience treatments. He has been focused on neuroscience drug discovery research for fifteen years.