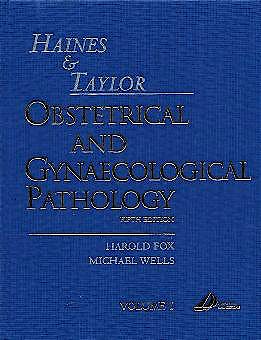 patología generalginecologíaobstetricia
Untitled Document 
The fifth edition of a world-famous text provides encyclopedic coverage of both obstetrical and gynaecological pathology. It describes the basic mechanisms of diseases, their pathological and clinical features and their histological and cytological appearance. Each chapter is written by a leading international expert and provides the reader with a complete and authoritative review of a particular topic.. The text includes pathological descriptions of often neglected areas such as vulvar, vaginal and tubal disease and places special emphasis on the immunopathological aspects of gynaecological and obstetrical disorders. In keeping with the previous edition the text supplies extensive coverage of obstetrical pathology with in-depth chapters on the pathology of the placenta, the pregnant uterus, the membranes and the umbilical cord.
This edition features increased coverage of fine needle aspiration cytology as well as an increased emphasis on differential diagnosis and the material on diagnostic techniques has been rewritten to ensure that only those that are routinely used in daily practice are covered.

"This is a book which should be welcomed by all those in the field of obstetrics and gynaecology, whether clinician or pathologist.... It is difficult to pick out individual chapters for praise because of the overall high standard." (Histopathology)
"a successful and major undertaking. Its exhaustive coverage of obstetric pathology makes it unique in comparison with its rivals." (Journal of Pathology)
"a landmark in gynaecological and obstetrical pathology" (British Journal of Obstetrics and Gynaecology)
"The style consistently meets the high standards that I have learned to expect when Dr Fox's name is on the masthead" (JAMA)