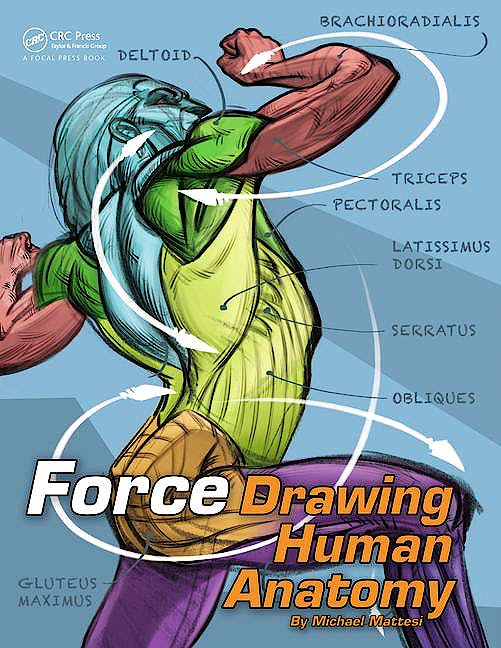 The newest book in Michael Mattesi’s Force Drawing series takes movement to the next level. Force: Drawing Human Anatomy, explores the different facets of motion and the human body. As opposed to the memorizationtechnique, Mattesi stresses the function of each body part and how gravity relative to different poses affects the aesthetics and form of muscle. The chapters are divided by the different parts of the body, thus allowing the reader to concentrate on mastery one body part at a time. Color coded images detail each muscle and their different angles. Special consideration is given to anatomy for animation, allowing the reader to create a character that isanatomically accurate in both stillness and motion.

Chapter 1: The Power of FORCE

Chapter 4: The Head and Neck

Chapter 7: Hands, The ultimate in dexterity and precision

Michael Mattesi has authored four FORCE books, published in numerous languages, utilized around the world to inspire and educate artists on the concept of FORCE. He has instructed FORCE Drawing for over twenty years and inspired thousands of artists.