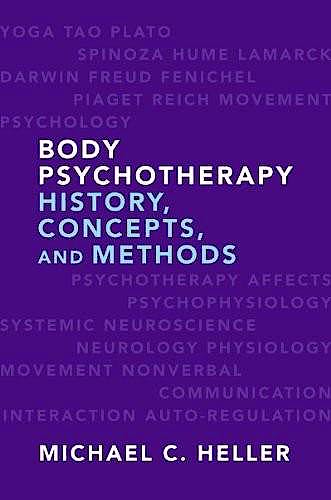 From yoga to neuroscience, a tour of major ideas about the body and mind.

Body psychotherapy, which examines the relationship of bodily and physical experiences to emotional and psychological experiences, seems at first glance to be a relatively new area and on the cutting edge of psychotherapeutic theory and practice. It is, but the major concepts of body/mind treatment are actually drawn from a wide range of historical material, material that spans centuries and continents.

Here, in a massively comprehensive book, Michael Heller summarizes all the major concepts, thinkers, and movements whose work has led to the creation of the field we now know as body/mind psychotherapy.

The book covers everything from Eastern and Western thought—beginning with yoga and Taosim and moving to Plato and Descartes. It also discusses major developments in biology—how organisms are defined—and neuroscience. This is truly a comprehensive reference for anyone interested in the origins of the idea that the mind and body are not separate and that both must be understood together in order to understand people and their behavior.

Part 1. The organism in the Far East: In search of the universe that manifests in organism
Asana and Pranayama of Hatha-yoga. Chinese and Taoist Refinements

Part 2. Starting with the certitudes of the soul and ending with the ambivalences of the mind
Plato, Descartes, Spinoza, Hume and Kant

Part 3. The organism of the biologists
The theory of evolution (Lamarck, Wallace and Darwin). Artificial intelligence. The concept of auto-regulation in the organism (psychophysiology)

Part 4. Hypnosis, relaxation, and gymnastics at the birth of body psychotherapy: How to mobilize the forces of the organism
Physiognomy, phrenology, emotional expressions, and character analysis. Spirituality, hypnosis, and energy. The first methods of relaxation. Organismic gymnastics: From Elsa Gindler to Moshe Feldenkrais. The dynamics of the postures

Part 5. The psyche as regulator of the organism
The origins of psychoanalysis and Freud's first topography. From the dynamics of the libido to the Second Topography and the death instinct. Psychoanalysis and the body. (Adler, Spielrein, Groddeck, Ferenczi, Gindler, Fenichel and Reich).

Part 6. The organismic approach of Wilhem Reich and the systemic psychosomatics of Otto Fenichel
Vegetotherapy. Psychosomatics and Orgonomy. After Reich (waal, Braatoy, Bulow-Hansen, Boyesen and Lowen).