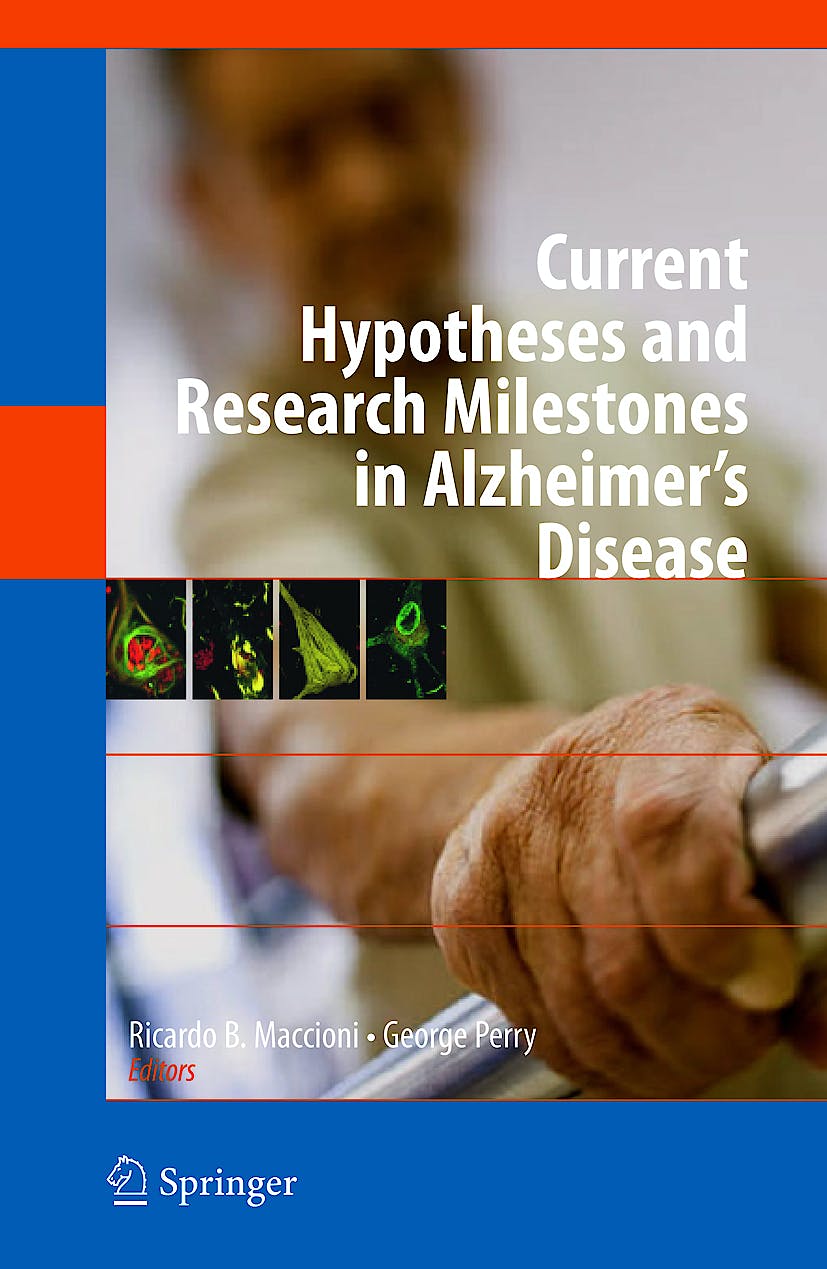 Almost four decades of innovative and intensive research on Alzheimer's disease (AD) have brought major advances in our understanding of its pathogenesis, while improving tools for diagnosis and developing strategies for its treatment. This research has helped build a solid foundation of knowledge in the neurosciences and biological basis of AD and AD-related neurological disorders. Current Hypotheses and Research Milestones in Alzheimer's Disease contains 20 seminal chapters by authors with varying views on the neuroanatomical, neuropathological, neuropsychological, neurological, and molecular aspects of AD, and offers the scientific background and insightful hypotheses needed to create an effective therapy for this devastating disease. These chapters grew out of "Current Hypothesis on Alzheimer’s Disease," held in Viña del Mar, Chile, in November of 2007. Participants included the world’s leading Alzheimer’s researchers, whose work have illuminated AD investigations during the past few decades.

Students, academics and medical professionals will find this text an invaluable addition to the study of this important subject.

Ricardo B. Maccioni, Ph.D. is a Professor of Neurology at the Medical School and the Department of Biology, Faculty of Sciences, at the University of Chile. He also serves as the Director of the Laboratory of Molecular Neurosciences and Scientific Director of the International Center for Biomedicine (ICC). Dr. Maccioni received his doctoral degree in 1975 from the University of Chile, and served as a postdoctoral fellow at the University of Colorado Medical Center in Denver Colorado. He has made several major contributions to the the study of Alzheimer’s disease, including his discoveries on the role of tau protein and neuroimmunomodulation in the pathogenesis of this disease, and the design of new in vivo imaging technology and the novel biomarkers for its early diagnosis. He has received more than 60 research grants and several international and national prizes, including the Presidential Chair in Science, the Chancellor´s medal of the University of Chile, and Doctor Honris causa at several universities. Dr. Macconi has organized over forty international conferences with experts in the neurosciences from around the world.

George Perry, Ph.D. is the Dean of the College of Sciences at The University of Texas at San Antonio. Dr. Perry received his doctoral degree in marine biology from the Scripps Institution of Oceanography at the University of California at San Diego, served as a postdoctoral fellow in cell biology at Baylor College of Medicine, and earned a bachelor's degree in zoology from the University of California at Santa Barbara. He is an authority on Alzheimer’s research, and his groundbreaking work brought oxidative stress to the study of AD. This discovery, far in advance of others, has put him among the top dozen most cited investigators studying AD/oxidative stress and among the top 25 neuroscientists in the world. Dr. Perry serves on the editorial board of more than 60 publications and is founding Editor-in-Chief of the Journal of Alzheimer’s Disease, the highest impact journal in AD studies. He recently won the Denham Harmon Lifetime Achievement Award (discoverer of the Free Radical Theory of Aging) from the American Association for Aging, and currently holds the Zenith Award from the Alzheimer Association.

Written for: Scientists and researchers working in neurological sciences, psychiatry, and biology of Alzheimer’s disease