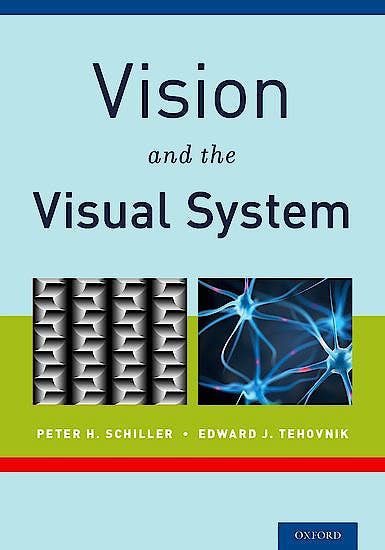 Vision and the Visual System

Vision and the Visual System offers students, teachers, and researchers a rigorous, yet accessible account of how the brain analyzes the visual scene. Schiller and Tehovnik describe key aspects of visual perception while explaining the relationship between eye movements and the neural structures in the brain, which play a central role in how we process visual information.

The book discusses various brain areas involved in processing information, focusing on the evolutionary origins and mechanics behind the several parallel pathways that compose the visual system. Later chapters explain how the nervous system processes the perception of color, motion, depth, and patterns. A variety of illusions are on display in Chapter 14, where the authors provide detailed explanations that deconstruct how the visual system operates to create them. The volume concludes with a discussion of recent attempts to build visual prosthetic devices for blind individuals, of which there are more than 40 million in the world.

Vision and the Visual System is based on Professor Schiller's more than 40 years of experience teaching vision courses at MIT, and is tailored especially for college undergraduates and graduate students interested in visual perception and the operations of the visual system.

Edward J. Tehovnik worked at The Massachusetts Institute of Technology for more than twenty years studying vision and oculomotor control in behaving monkeys. He now works as CNPq Investigator for The Brain Institute at Federal University of Rio Grande do Norte in Natal, Brazil.

"This is a clear, comprehensive, and up-to-date survey of the anatomy and physiology of the visual system and of basic principles of visual perception. Peter Schiller has made more original discoveries about the different parts of the visual system and the perceptual phenomena that they underlie than any living scientist." - Charles G. Gross, Professor Emeritus, Department of Psychology and Neuroscience, Princeton University

"Peter Schiller and Edward Tehovnik elegantly describe the neural processes and mechanisms that underlie vision, visual perception, and the control of visually-guided eye movements. The authors' analysis of parallel ON and OFF pathways, color, motion, depth and pattern vision, and eye movement control integrates findings from psychology, neurophysiology, anatomy, and pharmacology. This text is original, innovative, and is bound to have a far-reaching impact. I enthusiastically recommend it to all serious vision researchers, young and old." - Lothar Spillmann, Department of Neurology, University of Freiburg, Freiburg im Breisgau, Germany