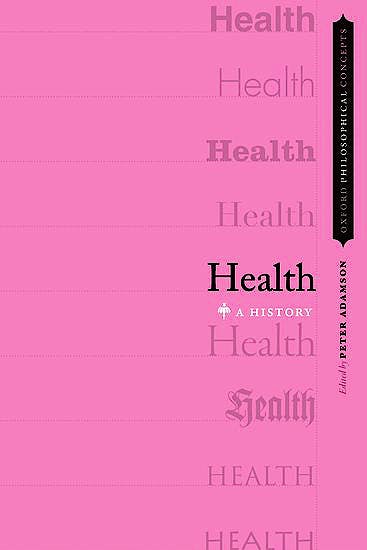 From antiquity to the early modern period, many philosophers also studied anatomy and medicine, or were medical doctors themselves — yet the history of philosophy and of medicine are pursued as separate disciplines. This book departs from that practice, gathering contributions by both historians of philosophy and of medicine to trace the concept of health from ancient Greece and China, through the Islamic world and to modern thinkers such as Descartes and Freud. Through this interdisciplinary approach, Health demonstrates the synchronicity and overlapping histories of these two disciplines.

From antiquity to the Renaissance, contributors explore the Chinese idea of qi or circulating "vital breath," ideas about medical methodology in antiquity and the middle ages, and the rise and long-lasting influence of Galenic medicine, with its insistence that health consists in a balance of four humors and the proper use of six "non-naturals" including diet, exercise, and sex. In the early modern period, mechanistic theories of the body made it more difficult to explain what health is and why it is more valuable than other physical states. However, philosophers and doctors maintained an interest in the interaction between the good condition of the mind and that of the body, with Descartes and his followers exploring in depth the idea of "medicine for the mind" despite their notorious mind-body dualism. In the eighteenth and nineteenth centuries, scientific improvements in public health emerged along with new ideas about the psychology of health, notably with the concept of "sensibility" and Freud's psychoanalytic theory. The volume concludes with a critical survey of recent philosophical attempts to define health, showing that both "descriptive," or naturalistic, and "normativist" approaches have fallen prey to objections and counterexamples. As a whole, Health: A History shows that notions of both physical and mental health have long been integral to philosophy and a powerful link between philosophy and the sciences.

Peter Adamson is Professor of Late Ancient and Arabic Philosophy at the Ludwig Maximilian University in Munich. He is the co-editor of another volume in the Oxford Philosophical Concepts series, Animals: A History, and the author of the book series (and podcast) A History of Philosophy Without Any Gaps, also published by Oxford University Press.