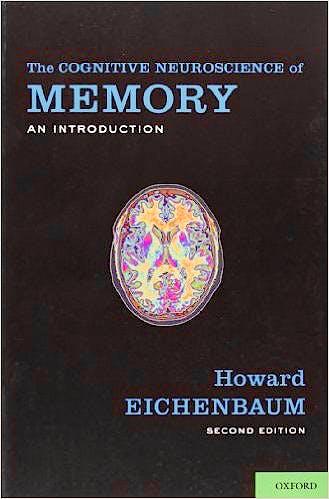 The Cognitive Neuroscience of Memory: An Introduction

This clear and accessible textbook introduces the brain's remarkable capacity for memory. The text was developed for undergraduate and beginning graduate students, but it will also be of use to cognitive scientists, biologists, and psychologists who seek an introduction to biological investigations of memory. Like the first edition, this fully-updated second edition begins with a history of memory research, starting with a 'Golden Era' at the turn of the 20th century, and progressing to our current understanding of the neurobiology of memory. Subsequent sections of the book discuss the cellular basis of memory, amnesia in humans and animals, the physiology of memory, declarative, procedural, and emotional memory systems, memory consolidation, and the control of memory by the prefrontal cortex.

The book is organized into four sections, which highlight the major themes of the text. The first theme is connection, which considers how memory is fundamentally based on alterations in the connectivity of neurons. This section of the book covers the most well studied models of cellular mechanisms of neural plasticity that may underlie memory. The second theme is cognition, which involves fundamental issues in the psychological structure of memory. This section of the book considers the competition among views on the nature of cognitive processes that underlie memory, and tells how the controversy was eventually resolved.

The third theme is compartmentalization, which is akin to the classic problem of memory localization. However, unlike localization, the notion of "compartments" is intended to avoid the notion that particular memories are pigeon-holed into specific loci, and instead emphasize that different forms of memory are accomplished by distinct modules or brain systems. This section of the book surveys the evidence for multiple memory systems, and outlines how they are mediated by different brain structures and systems.

The fourth and final theme is consolidation, the process by which memories are transformed from a labile trace into a permanent store.

This text encapsulates the major concepts in the field of memory research, and makes this area accessible to students who pursue a variety of related disciplines.

1. Introduction: Four themes in research on the neurobiology of memory
Section I. Connection - The cellular and molecular bases of memory
2. Neurons and simple memory circuits
3. Cellular mechanisms of memory: Complex circuits
Section II. Cognition - Is there a "cognitive" basis for memory?
4. Amnesia - learning about memory from memory loss
5. Exploring declarative memory in animal models
6. Windows into the workings of memory
Section III. Compartmentalization - Cortical modules and multiple memory systems
7. The cerebral cortex and memory
8. Multiple memory systems in the brain
9. A brain system for declarative memory
10. A brain system for procedural memory
11. A brain system for emotional memory
Section IV. Consolidation - The fixation and organization of memories
12. Two distinct stages of memory consolidation
13. Working with memory

Howard Eichenbaum is Director of the Center for Memory and Brain, the Cognitive Neurobiology Laboratory, and the Center for Neuroscience at Boston University