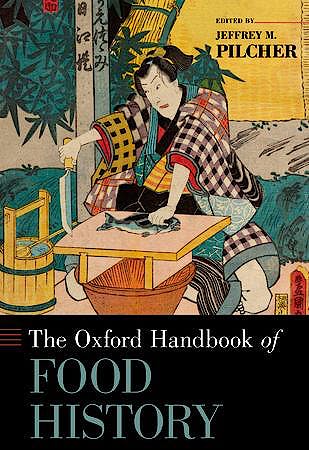 The Oxford Handbook of Food History

The historical study of food, culture, and society has become established within the academy based on a generation of high-quality scholarship. Following the foundational work of the French Annales school, the International Committee for the Research into European Food History and the Institut Europeen d'Histoire et des Cultures de l'Alimentation have conducted wide-ranging research, particularly on the changes brought about by culinary modernization. In the United States, the ascendancy of cultural history in the 1990s encouraged young scholars to write dissertations on food-related topics. Despite the existence of at least four major scholarly journals focused on food, the field still lacks a solid foundation of historiographical writing. As a result, innovative early approaches to commodity chains, ethnic identities, and culinary transformation have become repetitive. Meanwhile, scholars are often unaware of relevant literature when it does not directly relate to their particular national and chronological focus.

The Oxford Handbook of Food History places existing works in historiographical context, crossing disciplinary, chronological, and geographic boundaries, while also suggesting new routes for future research. The twenty-seven essays in this book are organized into five basic sections: historiography and disciplinary approaches as well as the production, circulation, and consumption of food. Chapters on historiography examine the French Annales school, political history, the cultural turn, labor, and public history. Disciplinary methods that have contributed significantly to the history of food including anthropology, sociology, geography, the emerging Critical Nutrition Studies. The final chapter in this section explores the uses of food in the classroom. The production section encompasses agriculture, pastoralism, and the environment; using cookbooks as historical documents; food and empire; industrial foods; and fast food. Circulation is examined through the lenses of human mobility, chronological frames, and food regimes, along with case studies of the medieval spice trade, the Columbian exchange, and modern culinary tourism. Finally, the consumption section focuses on communities that arise through the sharing of food, including religion, race and ethnicity, national cuisines, and social movements.

Readership: Scholars and students of food history and food studies