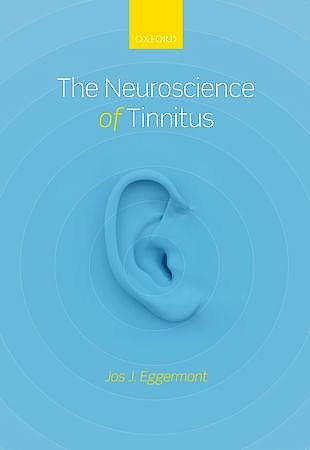 The Neuroscience of Tinnitus

Tinnitus - the perception of sound in the ear, in the absence of external sound - affects around 250 million people worldwide. It occurs in adults as well as in children, in war veterans and factory workers, in classical musicians, rockstars, and disc jockeys. Consequently, a history of recreational, occupational, and firearm noise exposure may all be associated with an increased likelihood of acquiring tinnitus.
Being a subjective phenomenon, tinnitus is difficult to measure, though, in the past decade, it has become the subject of intensive scientific research. Research in neuroscience has revealed how tinnitus is generated by the brain when hearing loss occurs, and this research has played a part in helping us understand the cause, diagnosis, and treatment of this disorder.

The Neuroscience of Tinnitus reviews our current knowledge of the neural substrates of tinnitus. It draws heavily on the author's own extensive work in this field, and is divided into two parts, the first focusing on human models, the second on animal models. The book describes the search for the neural mechanisms that underlie the amplification process resulting in tinnitus, and ways to manage its maladaptive side effects. Based on over 1000 references and the author's own experience, both of tinnitus and the research into its mechanisms, this book is the most comprehensive single-author book on the market. It is a valuable reference source for auditory neuroscientists, and also to those in the fields of audiology, psychology, neurology, and otolaryngology.

Jos Eggermont received his M.Sc. in Experimental Physics (1967) and a Ph.D. in Physics (1972, cum laude) from the University of Leyden, The Netherlands. From 1972-1978 he was a Research Associate, ENT Department, Leyden University Hospital, interrupted for a sabbatical leave at the Ear Research Institute, Los Angeles, California, USA. From 1978-1986 he served as professor in experimental physics at the University Nijmegen, The Netherlands. In 1986 he moved to Calgary, Canada and became an Alberta Heritage Foundation of Medical Research Scientist and professor in Physiology and Pharmacology, and Psychology at the University of Calgary. In 1997 he was named Campbell McLaurin Chair for Hearing Deficiencies. His research interest is the auditory system in general and auditory cortical plasticity in particular. He has studied the consequences of early deafness and noise-induced hearing loss in with respect to use-dependent plasticity in the cortex.