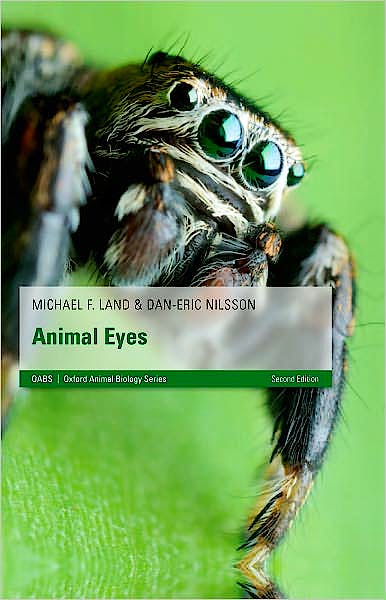 This is a comprehensive account of all known types of animal eyes. Taking diversity of optical mechanisms as a framework, it also discusses aspects of structure and function of eyes, including visual ecology, design philosophy, properties of light critical to vision, factors in eye adaptation and capabilities of a wide variety of eye types.

1 The origin of vision 1
The first eyes 1
What is an eye? 4
Why and from what did eyes evolve? 6
The course and pace of eye evolution 7
Did eyes evolve once or many times 10

9 Movements of the eyes 178
How humans acquire visual information 179
Are other animals like us? 183
Insect flight behaviours seen as eye movement 186
Why not let eyes wander? Some consequences of image motion 187
Exceptions: rotational scanning by one-dimensional retinae 193
Principal symbols used in the text 201

Michael F. Land obtained a BA in Zoology from Cambridge his PhD in Neurophysiology from University College London. He was Research Fellow at University of California, Berkeley (1967-1971), before moving to the University of Sussex where he was a Lecturer and then Professor of Neurobiology (from 1984 to present (now Emeritus)). He also held Visiting Fellowships in Eugene Oregon (1980), Australian Nation University Canberra (1982-84), and Duke University Marine Laboratory in Beaufort, NC (1993). He was elected to the Royal Society of London in 1982.

Dan-Eric Nilsson obtained his BSc in Biological Sciences from Goteborg University and his PhD in Structural Biology from University of Lund. He was Research Fellow at the Australian National University Canberra (1983-4) and then the University of Lund (1984-1989). He stayed at Lund as a Lecturer (1989-1995) then Professor of Zoology (from 1995). He was elected to the Swedish Academy of Sciences, Stockholm in 2002, and to the German Academy of Natural Sciences, Leopoldina in 2005.