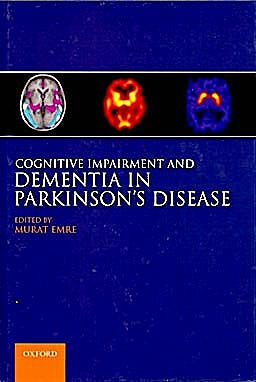 Parkinson's disease has long been perceived as a pure motor disorder, partly due to its initial description by James Parkinson, who suggested that "senses and intellect remain intact", and partly due to the fact that patients with PD did not survive long, before effective treatment became available. As the survival time of patients with Parkinson's disease has substantially increased due to modern treatment, it has become apparent that cognitive deficits and dementia are also frequent features, especially in elderly patients. With the progression of the disease and age, dementia develops in a substantial number of patients and constitutes a major therapeutic challenge. Dementia has thus increasingly been the focus of research and practice in recent years and a large body of knowledge has been accumulated. Despite these developments there has been no single volume dedicated to this topic.
This book provides an extensive overview of the current status of knowledge pertaining to cognitive impairment and dementia associated with Parkinson's disease, intended as a reference book for general neurologists, neurology residents and also those with a special interest in movement disorders. In this edited volume experts in the field describe in detail all aspects of cognitive impairment and dementia in Parkinson's disease, including epidemiology, spectrum of clinical features, pathology, neurochemistry and genetics, findings in auxiliary investigations, relation to other neurodegenerative disorders, diagnostic process and management, and rounded up by discussion of future research directions and expectations. The text is complemented and enriched with tables, figures and heavily referenced to encompass all relevant literature.

Readership: This book is designed for neurologists, neurology residents, movement disorder specialists, and neuropsychologists, but will also be of interest to psychiatrists, geriatricians, interested general practitioners, neuroscientists, and specialist nurses.

"...this book can also be thoroughly recommended to general neurologists" - The Lancet: Neurology