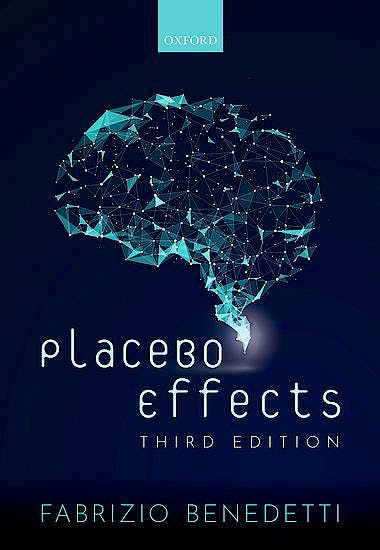 The patient's brain: setting the stage for understanding placebo effects
1:A brief evolutionary account of medical care
2:Emergence and development of scientific medicine
3:Feeling sick: A combination of bottom-up and top-down events
4:Seeking relief: The activation of motivational and reward circuits
5:Meeting the therapist: A look into trust, hope, empathy and compassion mechanisms
6:The brain of the demented patient
Placebo effects: General concepts and mechanisms
7:The traditional concept of placebo
8:A modern view of placebo and placebo-related effects
9:Placing placebo effects within the context of the doctor-patient relationship as a defence mechanism
Disease-based classification of placebo effects - Most studied conditions
10:Pain
11:Diseases of the nervous system
12:Mental and behavioural disorders
13:Immune and endocrine systems
Disease-based classification of placebo effects - Less studied conditions
14:Cardiovascular and respiratory system
15:Gastrointestinal and genitourinary disorders
16:Special medical conditions and therapeutic interventions
Clinical, ethical and methodological considerations
17:Clinical-ethical implications and applications
18:How to run a placebo study: A closer look into complex experimental designs
Beyond the healing context
19:Beyond the healing context
20:Everyday life

New to this Edition:

Two of the most widely used terms in medicine are 'placebo' and placebo effect, even though it is not always clear what exactly they mean. Recent progress in biomedical research has allowed a better clarification of the placebo effect. We now know that this is an active psychobiological phenomenon which takes place in the patient's brain and that is capable of influencing both the course of a disease and the response to a therapy.

Placebo Effects (3e) is a significantly updated and expanded new edition of a highly successful and critically acclaimed textbook on placebos. It is the first book to emphasize that there are many placebo effects and reviews them critically in different medical conditions, such as neurological and psychiatric disorders, cardiovascular and respiratory diseases, immune and hormonal responses, as well as oncology, surgery, sports medicine and acupuncture. In addition, it looks at the psychosocial context, which is considered crucial to the placebo effect. For example what the doctor says to the patient, as well as their attitude, can greatly influence the placebo effect.

Exhaustive in its coverage, and written by a world authority in the field, this is the definitive reference textbook on the placebo effect - one that is essential for researchers and clinicians across a wide range of medical specialities.

Fabrizio Benedetti received the Medical Doctor (MD) degree in 1981 from the University of Turin Medical School. In 1984, he received a Silbert International Award from the University of California in Los Angeles (UCLA). In the 1980s and 1990s, he worked in the Department of Psychiatry and Biobehavioral Sciences at UCLA and was a visiting professor in the Department of Pharmacology at the University of Texas in Dallas. He has been Professor of Physiology and Neuroscience at the University of Turin Medical School since 1999. He has been a member of the six-strong group on placebo of the Mind-Brain-Behavior Initiative at Harvard University, and a consultant for the Placebo Project at the US National Institute of Health. His current scientific interests are the placebo effect across diseases, pain in dementia, and intraoperative neurophysiology for mapping the human brain.