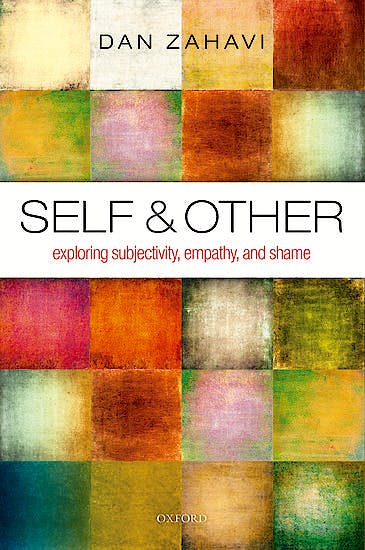 Self and Other. Exploring Subjectivity, Empathy, and Shame

Acknowledgements
Introduction
Part I: The Experiential Self
1:Conflicting perspectives on self
2:Consciousness, self-consciousness, and selfhood
3:Transparency and anonymity
4:Subjectivity or selfhood
5:Self and diachronic unity
6:Pure and poor
7:A multidimensional account
Part II: Empathic Understanding
8:Subjectivity and intersubjectivity
9:Empathy and projection
10:Phenomenology of empathy
11:Empathy and social cognition
12:Subjectivity and otherness
Part II: The Interpersonal Self
13:The self as social object
14:Shame
15:You, me, and we
References

Can you be a self on your own or only together with others? Is selfhood a built-in feature of experience or rather socially constructed? How do we at all come to understand others? Does empathy amount to and allow for a distinct experiential acquaintance with others, and if so, what does that tell us about the nature of selfhood and social cognition? Does a strong emphasis on the first-personal character of consciousness prohibit a satisfactory account of intersubjectivity or is the former rather a necessary requirement for the latter?

Engaging with debates and findings in classical phenomenology, in philosophy of mind and in various empirical disciplines, Dan Zahavi's new book Self and Other offers answers to these questions. Discussing such diverse topics as self-consciousness, phenomenal externalism, mindless coping, mirror self-recognition, autism, theory of mind, embodied simulation, joint attention, shame, time-consciousness, embodiment, narrativity, self-disorders, expressivity and Buddhist no-self accounts, Zahavi argues that any theory of consciousness that wishes to take the subjective dimension of our experiential life serious must endorse a minimalist notion of self. At the same time, however, he also contends that an adequate account of the self has to recognize its multifaceted character, and that various complementary accounts must be integrated, if we are to do justice to its complexity. Thus, while arguing that the most fundamental level of selfhood is not socially constructed and not constitutively dependent upon others, Zahavi also acknowledges that there are dimensions of the self and types of self-experience that are other-mediated. The final part of the book exemplifies this claim through a close analysis of shame.

Dan Zahavi is Professor of Philosophy and Director of Center for Subjectivity Research at the University of Copenhagen. He was elected member of Institut International de Philosophie in 2001 and of the Royal Danish Academy of Sciences and Letters in 2007. From 2001 to 2007 he served as president of the Nordic Society for Phenomenology, and he is currently co-editor in chief of Phenomenology and the Cognitive Sciences. In his systematic work, Zahavi has mainly been investigating the nature of selfhood, self-consciousness, and intersubjectivity. His most important publications include Husserl und die transzendentale Intersubjektivität (Kluwer, 1996), Self-awareness and Alterity (Northwestern University Press, 1999), Husserl's Phenomenology (Stanford University Press, 2003), Subjectivity and Selfhood (MIT Press, 2005), and, with Shaun Ghallagher, The Phenomenological Mind (Routledge, 2008).