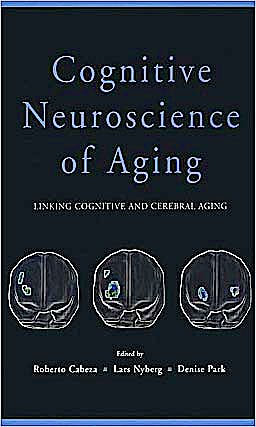 Until very recently, our knowledge about the neural basis of cognitive aging was based on two disciplines that had very little contact with each other. Whereas the neuroscience of aging investigated the effects of aging on the brain independently of age-related changes in cognition, the cognitive psychology of aging investigated the effects of aging on cognition independently of age-related changes in the brain. The lack of communication between these two disciplines is currently being addressed by an increasing number of studies that focus on the relationships between cognitive aging and cerebral aging. This rapidly growing body of research has come to constitute a new discipline, which may be called cognitive neuroscience of aging. The goal of Cognitive Neuroscience of Aging is to introduce the reader to this new discipline at a level that is useful to both professionals and students in the domains of cognitive neuroscience, cognitive psychology, neuroscience, neuropsychology, neurology, and other, related areas.

This book is divided into four main sections. The first section describes noninvasive measures of cerebral aging, including structural (e.g., volumetric MRI), chemical (e.g., dopamine PET), electrophysiological (e.g., ERPs), and hemodynamic (e.g., fMRI), and discusses how they can be linked to behavioral measures of cognitive aging. The second section reviews evidence for the effects of aging on neural activity during different cognitive functions, including perception and attention, imagery, working memory, long-term memory, and prospective memory. The third section focuses on clinical and applied topics, such as the distinction between healthy aging and Alzheimers disease and the use of cognitive training to ameliorate age-related cognitive decline. The last section describes theories that relate cognitive and cerebral aging, including models accounting for functional neuroimaging evidence and models supported by computer simulations. Taken together, the chapters in this volume provide the first unified and comprehensive overview of the new discipline of cognitive neuroscience of aging.

"The goal of this book as described by the editors was to serve as a comprehensive introduction of the reader to a new discipline, and they have wildly succeeded in this endeavor. Both newcomers to the field and seasoned researchers will enjoy having this book on their shelf for frequent reference." - Cambridge Journals: International Neuropsychological Society