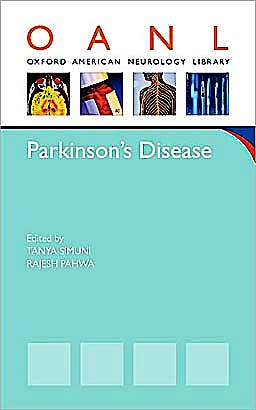 Parkinson's Disease (PD is a devastating degenerative central nervous system disorder that affects 1.5 million people in the US, with approximately 60,000 new cases diagnosed each year. It affects both men and women equally, and while the conidition usually develops after the age of 65, 15% of those diagnosed are under age 50. The disease significantly impairs motor skills and speech, and is chracterized by muscle rigidity, tremor, slowed physical movement, and difficulty with balance, as well as cognitive dysfunction and language problems. It is both chronic and progressive, and is one of the most commonly seen neurological problems in primary care settings.

The last five years have seen a substantial expansion of the therapeutic armamentarium for managing PD. There has also been an increase in the recognitino of the importance of non-motor manifestations of PD. This explosion of knowledge has raised the complexity of therapeutic decisions faced by the physicians treating PD. In addition, the prevalence of PD is increasing with the aging of the population. While there have been a number of publications addressing different aspects of PD treatment in the neurological literature, there is a dearth of material on PD designed for internists and primary care physicians, whoare often the first to see patients presenting symptons of PD. Therefore, this concise, clinically focused volume will serve as a valuable resource tailored to the specific needs of internists and primary care physicians.

Part of the Oxford American Neurology Library, this highly practical guide covers current approaches and new developments in the diagnosis, treatment, and management of PD, including both early PD and advanced PD. The book also offers in-depth coverage of the non-motor manifestations of PD, with which the internal medicine audience is less familiar. It als addresses the role of imaging studies in the diagnosis, differential diagnosis, and monitoring of the progression of PD. In addition to providing up-to-date information on pharmacological therapies for PD, the book also describes the surgical management of the disease, as well as non-pharmacological treatment options. It also covers new data on the genetic causes of PD.