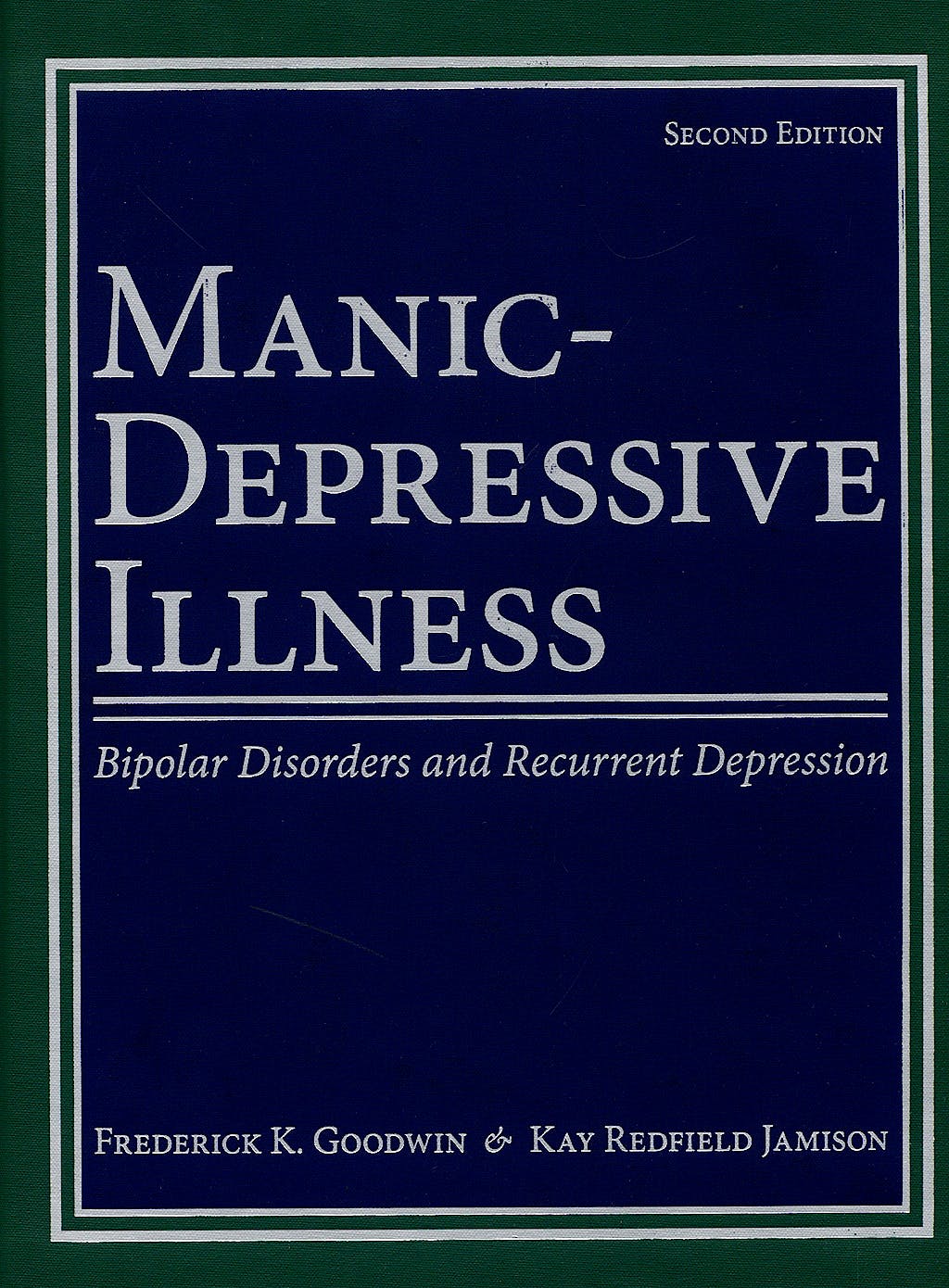 The revolution in psychiatry that began in the 1950s led to dramatic advances in the understanding and treatment of manic-depressive illness also known as bipolar disorder. No other mental illness has been the subject of such extensive, clinically useful, and scientifically productive research. Hailed as the most outstanding book in the biomedical sciences when it was originally published in 1990, Manic-Depressive Illness was the first to survey this massive body of evidence comprehensively and to assess its meaning for both clinician and scientist. It also vividly portrayed the experience of manic-depressive illness from the perspective of patients, their doctors, and researchers, and recounted the torments of some of the great poets and composers whose art was almost certainly enriched, energised, and deepened by the extremes of manic-depressive illness.

In this magisterial second edition, Drs. Frederick Goodwin and Kay Redfield Jamison, with the assistance of a select team of other leading scientists in the field, exhaustively review the biological and genetic literature that has dominated the field in recent years and incorporate cutting-edge research conducted since publication of the first edition. They also update their surveys of psychological and epidemiological evidence, as well as that pertaining to diagnostic issues, course, and outcome, and they offer practical guidelines for differential diagnosis and clinical management. The medical treatment of manic and depressive episodes is described, strategies for preventing future episodes are given in detail, and psychotherapeutic issues common in this illness are considered. Special emphasis is given to fostering compliance with medication regimens and treating bipolar patients who abuse drugs and alcohol or who pose a risk of suicide. This book, in its newly updated and expanded form, will be a valuable and necessary addition to the libraries of psychiatrists and other physicians, psychologists, clinical social workers, neuroscientists, pharmacologists, and the patients and families who live with manic-depressive illness.

Readership: Diagnosisists and clinical psychologists; physicians, Course and Outcome health professionals; researchers in Epidemiology and psychiatry, people with bipolar disorder and their families