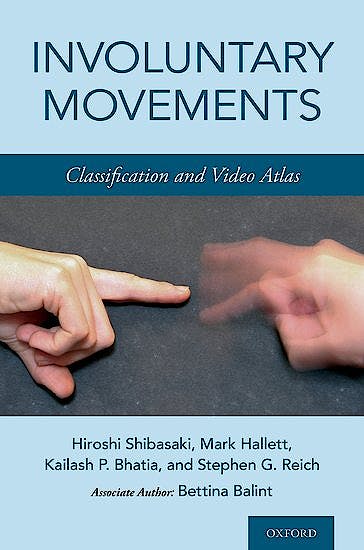 The neurologic subspecialty of Movement Disorders is complicated with many different entities, making the differential diagnosis difficult. One of the most important aspects of these different entities is their visual appearance. Still photographs do not give sufficient information, but videos like the ones included in this volume can provide dimension, context, and critical information. The variety of visual appearances is wide and seeing many videos is necessary to develop skill in making a diagnosis. Involuntary movements are even more complicated and the adage "seeing is believing" has never been more true. Despite this, few books include videos portraying involuntary movements.

Dr. Hiroshi Shibasaki is an emeritus professor at the Kyoto University Graduate School of Medicine and served as the President of the International Federation of Clinical Neurophysiology from 2007 to 2010.

Dr. Mark Hallett is the former President of the American Association of Neuromuscular and Electrodiagnostic Medicine and the International Parkinson and Movement Disorder Society.

Dr. Stephen G. Reich is the Frederick Henry Prince Distinguished Professor of Neurology at the University of Maryland School of Medicine.

Dr. Kailash Bhatia is a Professor of Clinical Neurology in the Sobell Department of Movement Neuroscience at the Institute of Neurology, University College London.