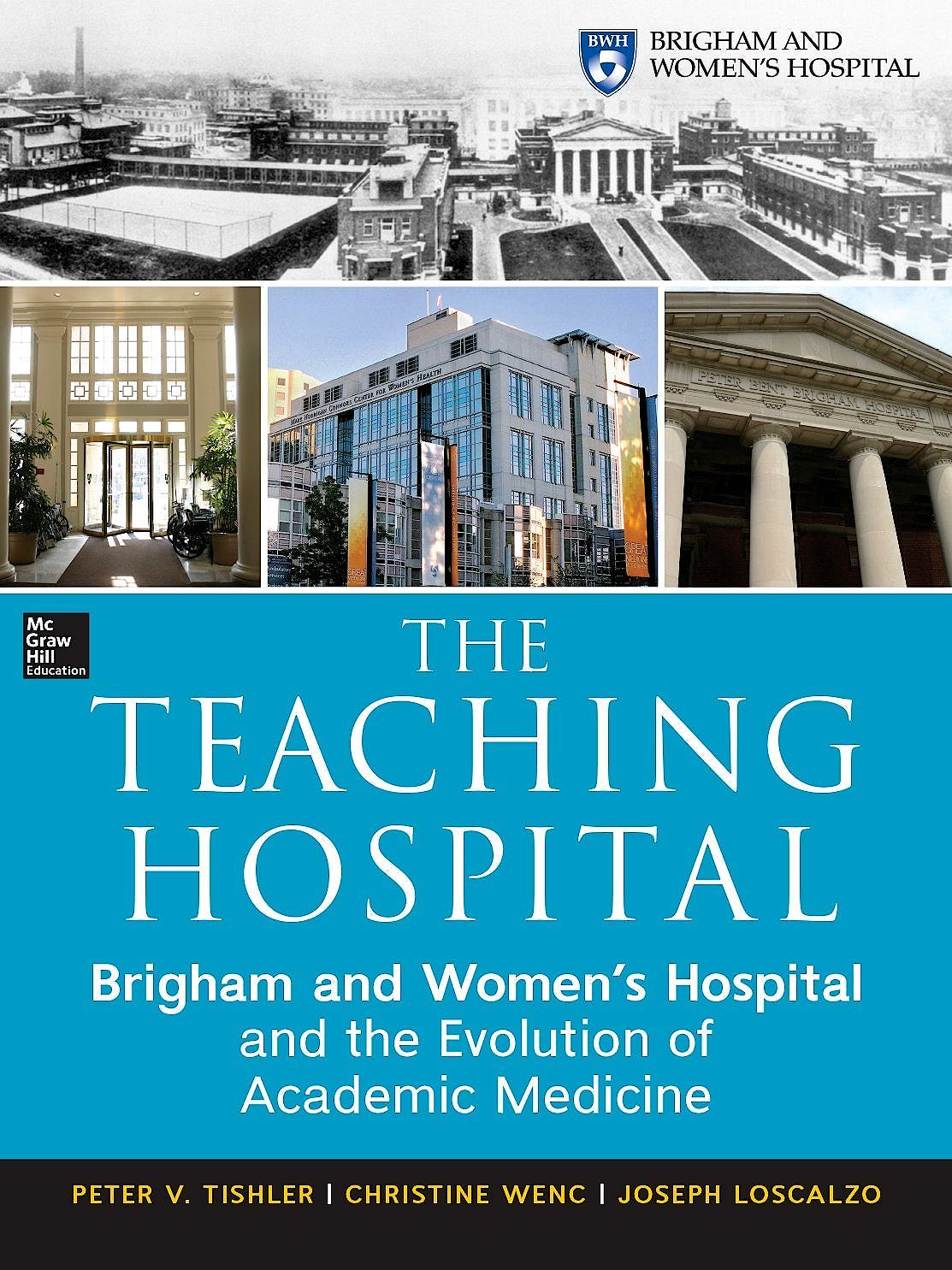 The Teaching Hospital: Brigham and Women's Hospital and the Evolution of Academic Medicine 1913-2013

The fascinating true story of Brigham and Women's Hospital

Founded in 1913, the Peter Bent Brigham Hospital was the first medical institution since John Hopkins to foster clinical clerkships of medical students in the environment of a modern residency program. Forging a partnership with Harvard Medical School, the Brigham would become a major innovator in clinical research, implementing a new educational model that would inspire other hospitals for generations to come. In 1980 the Brigham merged with two other Boston medical institutions boasting their own profoundly important histories, the Boston Hospital for Women and the Robert Breck Brigham Hospital, to become Brigham and Women's Hospital (BWH). This rich and insightful account brings this remarkable story to life: the milestone achievements, medical breakthroughs, and personal dedication that have made BWH a world-class leader in academic medicine.

With invaluable contributions from medical historians and doctors, this essential volume provides an in-depth history of the institution. Here is the evolution of BWH in all its dimensions: its reputation as an education and clinical innovator, its role in fostering groundbreaking biomedical research, its ties to the local community as well as to the nation and the world, its financial and administrative growth across the decades, the personalities who have made BWH famous, and the fascinating inner life of the hospital. Filled with stories of profound commitment, critical analysis, and behind-the-scenes details, the book celebrates the Brigham’s history in both a medical and cultural context.

Chapter 1: Building the Academic Medical Center. This includes a narrative history of the Brigham from its endowment by Peter Bent Brigham in the late 1870s to today, drawing on material from prior histories and other publications, Brigham archives, experience of members of the staff, and current medical practice. We shall emphasize the state of American medicine (care, teaching, research) in the late 19th and early 20th centuries, the development of medical specialties and subspecialties, the transformation in the 20th century of research from purely descriptive research (as Drs. Henry Christian and Harvey Cushing perpetuated from their mentor Sir William Osler) to physiological research (the innovation of Soma Weiss), and the burgeoning development of the multifaceted hospital since World War II.

Chapter 2: A Tool for Educational Reform. The Brigham was created as the model academic teaching hospital, embodying and furthering the goals of medical education reform set out in Flexner’s 1910 report (1). We shall describe the evolution of the training programs, focusing particularly on innovations that were often fostered by changes in the nature of medical care (e.g., the development of neurosurgery, cardiac catheterization) and, in recent times, by changes mandated by American Council of Graduate Medical Education. Changes in the curriculum at Harvard Medical School, developed in parallel, reflect the collaborative innovations of both Brigham staff and staff at the other teaching hospitals. Harvard’s hospitals also collaborate on the care of patients - e.g., neurology at the Boston City Hospital and the Brigham (10), the affiliation of the Brigham with the Beth Israel Hospital, and the establishment of the Partners Healthcare System.

Chapter 3: An Engine of Biomedical Research. We shall discuss the cultural, economic and sociological factors that encouraged and propelled these advances. We shall consider the philosophies and actions of early leaders (Cushing, Christian), the innovations of Soma Weiss, the necessities of World War II, the influence of the NIH, the changes in education of physicians (particularly post-graduate), and the seminal research leadership George Thorn, Eugene Braunwald and others. We shall highlight this with specific examples from medical specialties, including the following:

These historical precedents will be extrapolated to speculate on medicine and medical research in the next century.

Chapter 4: The Hospital and its Communities. This has several aspects, one of which is the development and logarithmic increase in the diversity of staff and trainees with respect to gender, ethnicity and national origin. This diversity may have led to the second aspect: the medical care fostered by Brigham trainees and staff has become increasingly diverse, including underserved geographies both within the USA and internationally. Highly visible endeavors are Partners in Health, medical care for Native Americans, and care for the underserved in greater Boston, all established in the late 20th century by Brigham physicians dedicated to healthcare for all.
A third aspect of this national and international outreach is the conduct of population-based research designed to facilitate disease prevention and patient care. The father of clinical epidemiology Frank E. Speizer developed the pioneering Nurses’ Health Study, exploiting the largest population ever to examine these issues. Brigham-based studies of women’s health, pharmacoepidemiology and pharmacoeconomics are newer efforts with a similar focus.

Chapter 5: New Spaces for Caring. Early on, Francis Weld Peabody, the first Brigham medical Chief Resident and subsequent staff member, wrote <<One of the essential qualities of the clinician is interest in humanity, for the secret of the care of the patient is in caring for the patient (11).>> This has remained a major philosophic driver at the Brigham, reinforced by public perception, that was addressed in writing over the years by Soma Weiss and Bernard Lown among others. This chapter will examine Brigham services dedicated entirely to caring, including the Nursing, Social Work, and Palliative Care Departments. It will also examine how evolving notions of what it means to care for patients was a basis for expanding physical structures of the hospital - from the early wards to the high towers, to the innovative critical care units, the ambulatory wings and the long social thoroughfare of the Nesson Pike.