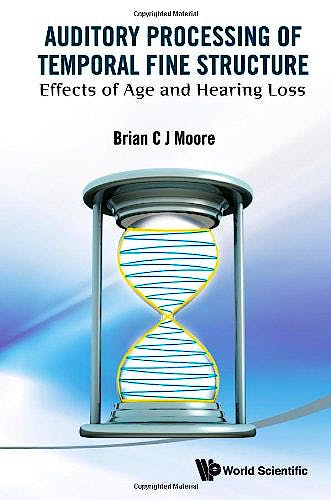 The book is concerned with changes in the perception of sound that are associated with hearing loss and aging. Hearing loss affects about 7% of the population in developed countries, and the proportion is increasing as the average age of the population increases. The audiogram is the most widely used diagnostic tool in audiology clinics around the world. The audiogram involves measuring the threshold for detecting sounds of different frequencies. Sometimes the audiogram is the only diagnostic tool that is used. However, hearing problems are not completely characterized by the audiogram. Two individuals with similar audiograms may show very different abilities in the detection and discrimination of sounds at above-threshold levels. Also, a person may have hearing difficulties despite having an audiogram that is within the range conventionally considered as ‘normal’. One factor that may influence the discrimination of sounds, especially the ability to understand speech in background sounds, is sensitivity to temporal fine structure (TFS).

This monograph reviews the role played by TFS in masking, pitch perception, speech perception, and spatial hearing, and concludes that cues derived from TFS play an important role in all of these. Evidence is reviewed suggesting that cochlear hearing loss reduces the ability to use TFS cues. Also, the ability to use TFS declines with increasing age even when the audiogram remains normal. This provides a new dimension to the changes in hearing associated with aging, a topic that is currently of great interest in view of the increasing proportion of older people in the population.

The study of the role of TFS in auditory processing has been a hot topic in recent years. While there have been many research papers on this topic in specialized journals, there has been no overall review that pulls together the different research findings and presents and interprets them within a coherent framework. This monograph fills this gap.